Give Me More Pills 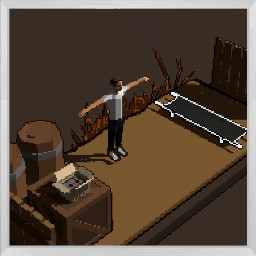 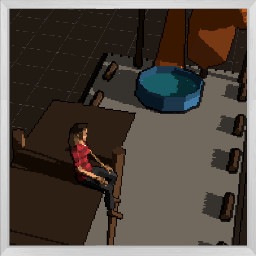 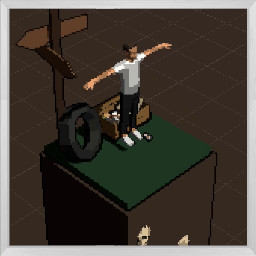 Buy Give Me More Pills

Buy ALL MINICACTUS GAMES for GIFT

Add the pills to a schedule and set the time when they will be taken.

Each pill causes a different action in the character, such as walking, running, jumping.

When you have set the right time for the character to take each pill, press the Play button.

After this, the scene runs and the character starts taking all the pills at the time you have set. For example, when it is time to take the pill whose side effect is walking, the character will walk. When it is time to take the pill whose side effect is jumping, he will jump.
The goal of each level of the game is to get the character from point A to point B alive. The pills must be cleverly adjusted, because the character will only get to the indicated place if he takes them in the right order and at the right time.
Also, some elements in the scenery may be moved before the scene starts. Adjust these objects so that they do not disturb your character. Or use these objects to help you survive. For example, drag a mattress to the place where your character can fall. That way he won't suffer serious injuries.
Finally, it's up to you to find the best combination of times to take pills, and to correctly adjust the positions of objects in the scene to keep your character alive when he tries to move to the indicated location in each level.

Sandbox!
The game also features a scene editing mode where you can play with your character by building insane scenarios and situations! In this mode, you are free to do whatever you want.

Violent accidents can happen to the character.
Character uses medicines (drugs) during the game.