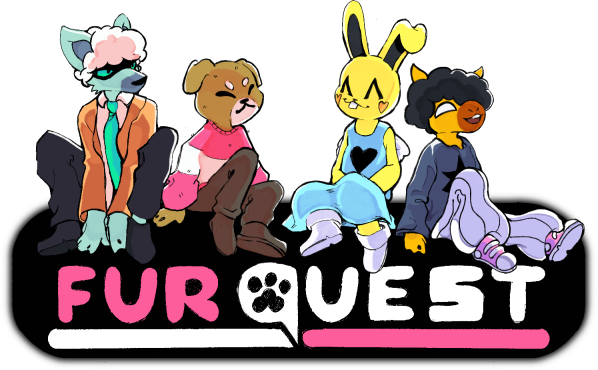 After a game cartridge falls from the sky, you wake up in a strange new world full of big heads, strawberries, manga, and cake! In this world, there are two sides to every soul: Main and Invert!

Welcome to Furquest - a cute RPG about loving your friends!

In this world, there are two sides to every coin. Although... that's true for every world, but, uh-

By stealing the other's soul, the soul thief will transform into an incredibly powerful new form, a HERO SOUL.

After X,000 years of soul wars, Prince Aef has hereby declared friendship itself to be illegal to permanently separate the groups and permanently ensure that no soul will ever be stolen again.

One day, a rather strange puppy wakes up in this world. This is their story... er, quest!

To give you a better idea of the game's vibe, a couple inspirations include Undertale, WarioWare, Cooking Mama, and even certain aspects of shows like Avatar and Steven Universe!