“In May 2021 we announced a new animation technique allowing rotation of 2D pixel art in 3D, with no need for a 3D model. We've found this to be incredibly helpful for producing complex animations quickly, and we'd like to see what other artists and game developers can do with it!

In addition to the animation tools, battle game is already a blast to play - and we hope to build up a community of players interested in playing competitively or sharing creations.

We gave the game away for free until we launched our Kickstarter on February 1st. Anyone who downloaded it before then gets the game free for life!”

“Around 9 months. We're still deciding the final scope of the game, but you can expect enormous changes in the final launch!”

“Planned features for the full version:
”

“This version is an alpha. Although it's fun to play and the character editor may prove very useful to artists, we haven't eliminated all crashes yet. The full scope of planned features isn't set in stone yet, and some non-gameplay elements like UI aren't polished yet.

The mechanics in Battle mode are highly polished, although grabs have not been added yet (important for competitive gameplay). We'll be pushing out changes to add this functionality to the alpha version in the coming weeks.

The animation tools in the character editor are fully functional, and all of our standard characters were created in the same version of the software that you see. However, the editor lacks some major quality of life features (like ctrl + Z). Our UI will be improved in the coming weeks - but even in current state, professional artists and hobbyists can expect to save quite a bit of time over traditional frame-by-frame animation.

Bugs and crashes are possible at this stage! We're asking for help from the community to identify issues, and we'll be fixing them as quickly as we can. Be sure to back up your character files if working in the editor.”

“Yes, we decided to make the initial early access version available for free so that folks were able to start playing and sharing with the community right away.

Everyone who downloaded Smack Studio prior to February 1st, 2022 has been grandfathered in to owning the full game for life. For new users, the game is currently $14.99.”

“We'd love all the feedback we can get! Our Discord server is a great place to connect with the community where we reach out to players about your ideas or any issues you're hitting.

There are plenty of community events you can participate in as well! We've accept character design submissions and other contests, for example. If you'd like to get your character into the game's official roster, that's a possibility!” 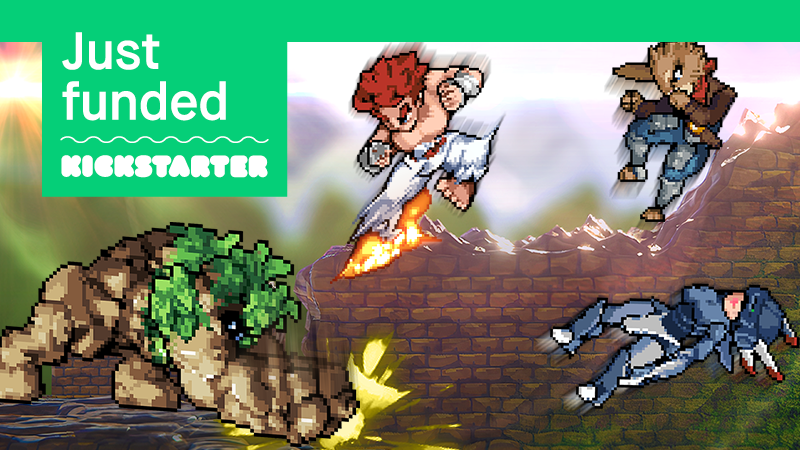 Thank you for helping make our Kickstarter campaign a success!
Backers will be receiving their rewards in the coming months.
You can follow post-campaign updates here: https://smackstudio.com/kickstarter

We're currently in a testing period, making rapid improvements and taking feedback from the community on our Discord: https://smackstudio.com/discord

What is Smack Studio?

Smack Studio is a sandbox fighting game with powerful built-in creation tools. Transform 2D sprites into 3D animations using our new animation technology, and bring your characters from concept to playable creation in a fraction of the time thanks to automation tools that speed up the process. Take your creations to the stage and battle with up to 8 players, or export your animations for use in your own projects!

Additional features coming in the full game (not yet available):