“Hi I'm PoisonDartFrog!
2 months ago I advertised a free demo for my game...after much deliberation I decided to forgo the demo and release my game as Early Access.
The reason for this is that I don't want to limit the current scope of my game.
A free demo can't give the gameplay feeling I wanted to achieve because of the smaller scope.
Now briefly to my person: I have been developing Old Gods for about 2 years now. It started with the fact that I wanted to teach myself programming. So after my full time job I sat down every evening and worked on my game. You can test the result in the Early Access :)
What I need now is feedback. That's why I decided to go for Early Access.”

“I plan to keep working on the game.
”

“The final game will be different from the current one, especially in the playtime and story, as well as more dungeons, bosses and puzzles.”

“At the moment I have about 1,5h playtime, an introduction to the basic mechanics of the game and about 10 areas. However, I am working hard and will continue to publish story sections.”

“I asked myself the same question and the answer is yes. At this time (Early-Access) I need support and the knowledge that my game is worth playing, therefore the lower price. At a later stage with more story, worlds, bosses etc. the price will be about double.”

“I have created an email address (you can see it in the game) where you can send me feedback about gameplay, bugs or improvements. I will read these mails and try to include them in my game, among other things by voting or public announcements.”
Read more
Notice: Old Gods requires a controller in order to play. Playing with a keyboard and mouse isn't supported.

Please read before you buy

The game can only be played with 2 players. You can play as a couch co-op or via Steam Remote Play Together. 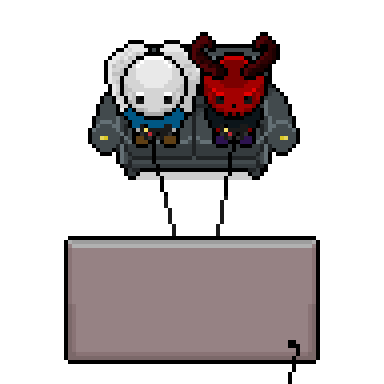 Old Gods is an RPG with battles, puzzles, a beautiful game world and many interesting characters.
Fight your way through caves with lava, old castles or dark forests. But you won't get very far on your own - only in pairs can you manage to fulfill the task of the creator and thereby possibly get your life back.

You wake up in a place called nirvana. An old lady wants you to transfer your soul to a company so that you can then be assigned to heaven or hell. You slowly realize that you may have died. But this is only the beginning of your misfortune. The machine that should assign you goes crazy and the video call with the rulers of heaven and hell escalates. Your soul roll tears apart and everything trembles. Your eyes go black and two voices ring out in your head. The creators have a special task for you: bring down the gods! You wake up but you are no longer yourself... you are two people now....

Mimi is a truly rare creature. She can easily shrink so small that she fits in your pocket. Mimi also has a truly unique accent that she adapted during her summer term at the duck school. Without Mimi, you would not get very far on your adventure.

Bobbo is a vile fellow and only after making your life difficult. He became the boss of the Boblins by putting horns on his helmet - so much innovation is remarkable - beware you will hear from Bobbo quite often!