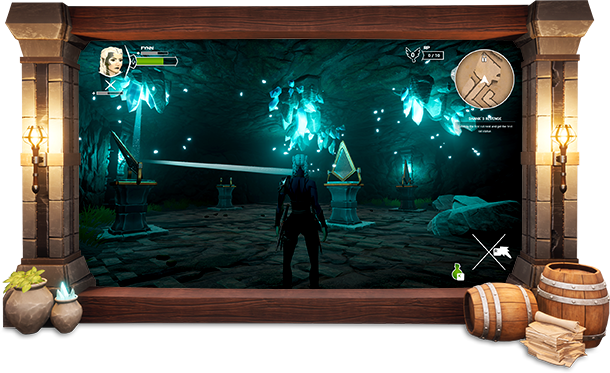 The new action-adventure RPG inAntrum - Part I takes you to the mysterious cave world of Antrum. Together with Fynn, you infiltrate the flying capital of Haven, where her rebel comrades are held prisoner. Along the way, you'll encounter plenty of obstacles such as strong enemies, challenging quests, tricky puzzles and, last but not least, building Fynn's reputation among the Bird race to unlock more areas in the city and the underground. During your rescue mission, uncover the dark machinations of the domineering Bird race regime in Haven and discover the first secret Element Dungeon that will reveal an even greater mystery of this world.

With inAntrum - Part I you support the first part of a new five-part game series, whose production we are kickstarting with this campaign. In Part I you will be able to explore the first of five major regions in Antrum, the flying capital Haven. This includes the largest city in the entire game and the vast underground labyrinth below it that conceals the first element dungeon. Gameplay time is around 10-15 hours, allowing you to complete the first major story section of the game.

To give you a first impression of our game, we have made a demo that is available on Steam. Feel free to check it out and share your thoughts about the game via Steam Community, Twitter or by joining our Discord Channel.

PS: The demo is a preview version of the beginning of the game, so the difficulty level is still rather low and not all gameplay features are included.

With inAntrum we are combining action RPG elements as in Witcher, and adventure elements similar to Zelda games: a far reaching story, challenging quests, tricky puzzles, a reputation system, strong opponents and lots of items! 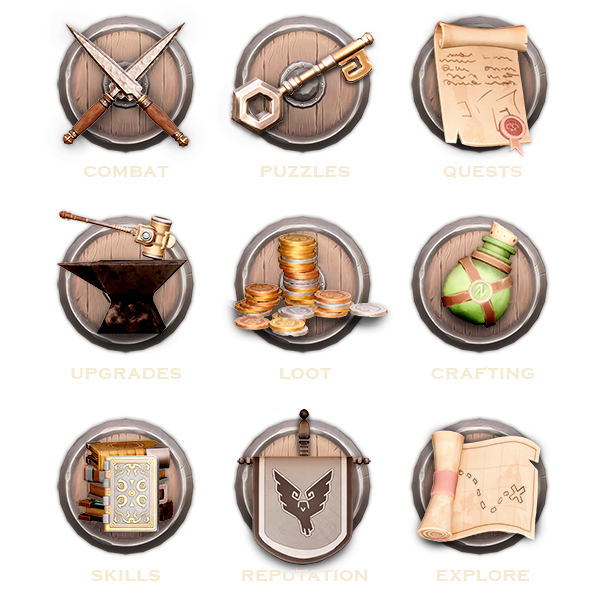 inAntrum is a third-person, single-player game in which the whole city of Haven with its surrounding landscape and the underground maze beneath it will be completely open for you to explore in Part I. But the Bird people are not very fond of you at the start and you will have to gain reputation to get access to more districts in the city. Therefore, helping citizens of Haven by completing quests will be an important part of the game. In these quests, you will get more information about the world as well as the characters and races in the game.
Some quests will lead you into dangerous territory in the underground maze beneath Haven. There you will have to stand your ground against monsters and various other enemies. In the action-packed combat, choosing the right time to attack, dodge and using your skills will be as important as the right gear.
Therefore, finding and upgrading your armor and weapons will be essential to staying alive during the story and other quests.
But muscles and dexterity aren’t everything, so be prepared to use your brain to solve tricky puzzles and gain access to more areas or special items.

700 Years ago there were only four regions in the cave of Antrum. The main city Haven with its surrounding lands, the mountains in the east of the cave, the desert in the west and the old woods in the south. The Fish people could not settle on their own land. They lived by a river between two nations. 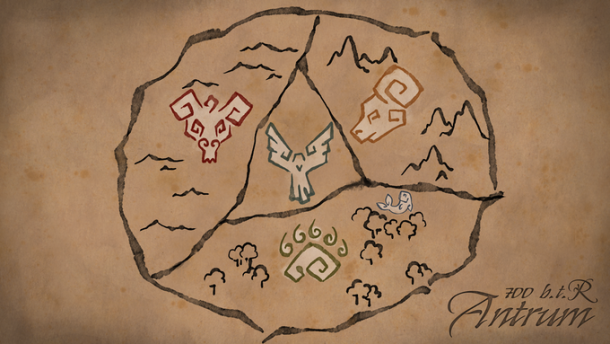 At that time, the legend of the five elemental dungeons led a small group of adventurers to find the Main Core, in which all elements are united. With this power, Haven was raised into the clouds and the crater it left, filled with water. In the newly created sea beneath the city, the Fish people found their own region and equality between the nations was finally established. A time of peace and friendship began. 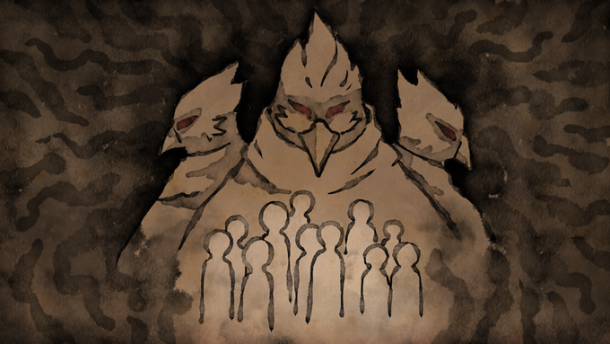 But after centuries of harmony, the Bird people in Haven began to look down on the nations below. Their false sense of superiority, furthered by advancements in research and sciences, spread hatred and inequality, resulting in the oppression and enslavement of the other races. After decades of tyranny, a resistance formed and has attacked the Birds in Haven multiple times.

One of these rebels is a young woman called Fynn.