The Niflhel Day
Developer
Dnovel
Publisher
Dnovel
A visual novel in the setting of Slavic folklore in which you will walk through the forest at night when the line between the world of the living and the dead is thinner than ever. Look carefully at your feet and, perhaps, you will see the dawn.
All Reviews:
Positive (17) - 94% of the 17 user reviews for this game are positive.
Release Date:
Developer:
Dnovel
Publisher:
Dnovel
Tags
Popular user-defined tags for this product:
Early Access Adventure RPG Point & Click Visual Novel Interactive Fiction Exploration Clicker CRPG 2D Psychedelic Hand-drawn Alternate History Atmospheric Magic Dark Psychological Horror Conversation Story Rich Multiple Endings
+
Reviews
All Reviews:
Positive (94% of 17) All Time 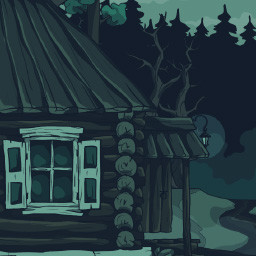 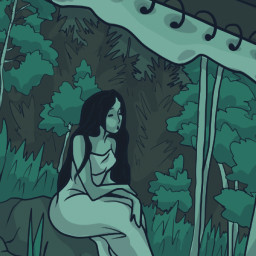 “Early access to Steam can help us expand the player community and bring more fun to our players with more content. We plan to keep in touch with the community to create an interesting game. For us, the opinion of the players and early access is important as a place where players can influence the game.
For the game "The Niflhel Day” we have assembled a new AADEA Team, at the early access stage the game will be published by Dnovel studio.”

“In the final version of the game, in addition to the full English version, translations into other languages will be added, as well as animation of all scenes!”

“Now the game version is available in two languages - Russian and English.

The Russian version of the story is presented in full — all possible scenarios and endings, all available art and music - all of this are available in Russian right now!”

“Early access is important for us as a place where players can influence the game. At the moment, a preliminary version with one story is available.

Your questions and suggestions can be written in the comments on the Steam game page, as well as https://www.facebook.com/The-Niflhel-Day-112228864426394/ and https://vk.com/dnovel Your opinion is very important to us!

Read more
Check out the entire dnovel franchise on Steam

"The Niflhel Day" is a visual novel in which you will have a night walk through the forest. It would seem that what can go wrong? Unless, of course, you are going on a journey on a summer northern night, when the border between the real world and navya, the world of the dead, is as thin as ever. Who can you believe when it seems that you are lost and you will never get out of the forest of your own doubts? But even more importantly – is it worth believing yourself in this situation? Take a closer look at your feet, decide who your friends are, make a choice and, perhaps, you will see the dawn.

In this fascinating and mysterious adventure, you are waiting for:

The game contains frightening scenes of battle, murder, and death.