IT Startup: Deckbreaker is a single player Rougelike Deckbuilder card game. The game idea is loosely based on the physical card game "IT Startup - The Card Game" (released 2018 in Poland, released worldwide in 2020).

The card game for DEVs, HR and IT enthusiasts. Turn coffee into code, watch out for burnout! 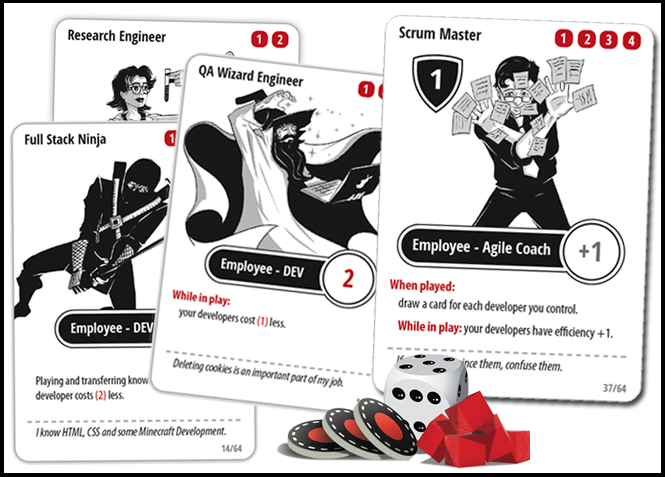 Don't forget your HR department, to get more cards for you company and occasionally steal opponents' employees. Use your Agile Coach to boost your developer team. Project Managers are also available. Swing the game in your favor when playing them at the right moment!