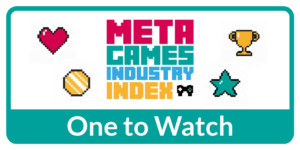 SAMSARA® is a next-gen action-adventure RPG that fuses elements of Buddhism with souls-like gameplay — challenging players to meditate on their philosophy, life and death to help them find meaning through discourse, conflict and exploration.

Saṃsāra is a souls-like that challenges players to meditate on overcoming loss, failure and death through a core mechanic of reincarnation as 9 different avatars. The game is a 3D, third-person, action role-playing game (RPG) in the vein of the ‘Soulsborne’ (FromSoftware, 2009-2019) genre/series, taking cues from the older, shorter but still epic action-adventure game, Shadow of the Colossus (Team Ico, 2006-2018).

In Buddhism, Saṃsāra is the cycle of death and rebirth to which all life is bound. The players goal is to find a way to escape this cyclic existence, to escape Samsara. They will achieve this through discourse, conflict and exploration within the beautiful, deadly and dynamic Desire Realm (Kāmadhātu).

This game depicts fantasy violence, gore, nudity and sexual content. It contains themes of death, dying and opinions on the meaning of life. The content is intended for mature audiences and is not suitable for children.