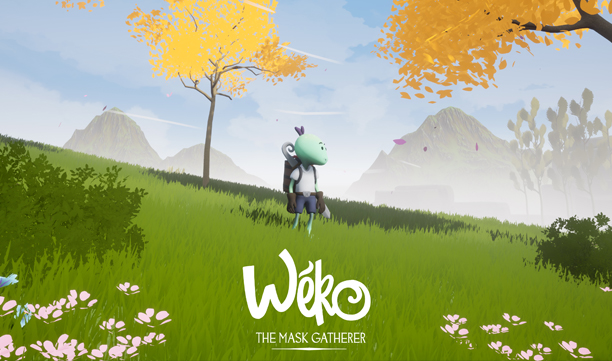 Wéko the Mask Gatherer is an action-adventure game in which you play as Wéko, a mysterious gecko who collects powerful masks in an atmospheric world. You will discover a world full of dark and disturbing secrets.

"Wéko The Mask Gatherer - Prologue" will be the first chapter of the game, it will contain 3 large maps with their own unique atmosphere and will give the players a preview of the gameplay and graphics that will be waiting for them in the final game. More precisely, you will see all the mechanics of the game but in a synthesized form: there will be different enemies to eliminate, different puzzles to solve and many stories to follow. The goal for us is really for the player to be immersed in the universe of Wéko during this prologue and to understand what awaits him for the rest of the future game.

Often inspired by Europe, Japanese film and video game creators create fabulous worlds where players and viewers can immerse themselves for hours.
We decided to take the same approach, but the other way around, taking our inspiration from Asia while keeping some European features to create a nice balance of nature, colors and lines in the landscape of « Wéko The Mask Gatherer ».

It was important for us to create a really unique universe with different atmospheres for each maps.Through the art direction of our game it was essential to convey a whole range of emotions. 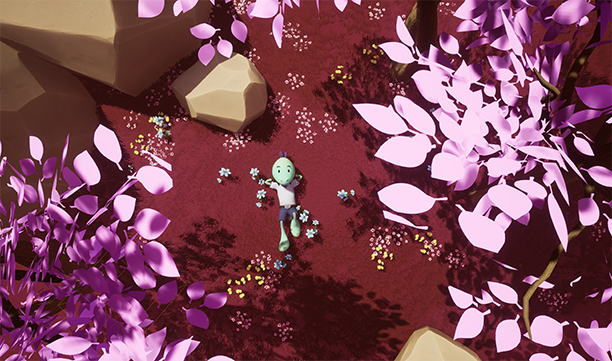 We wanted to forged a world with a lot of personality and storytelling.Starting in a wide dreamy colorful village you will be transported to dark and gloomy forests to the top of a dragon peak surrounded by the deep water of the ocean. Contrasted with this very colorful world you will venture out in a world full of dark secret that will make you shiver ! 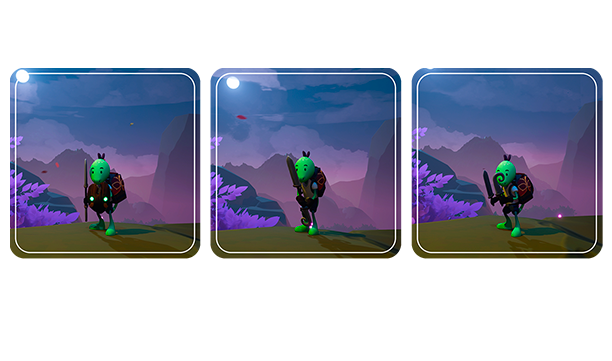 Wéko has a two-sided weapon. One side is a long blade that can slice through enemies, the other side is more massive and curved to stun and crush them. The combat system is divided into 3 stances. Each of the stances has a different power and speed, giving the player the possibility to create different attacks combined. Linked to a stamina bar the player will have to learn to juggle between running, rolling and attacks.

Stamina
Stamina is the energy you use to perform various actions such as attacking, blocking, parrying, rolling or sprinting. Stamina is therefore an extremely important element in combat for Wéko. Stamina is regenerated when you stop moving. This makes evasion and regeneration a very important part of the combat system.
Therefore when you are low on stamina, won’t be able to attack or roll away for enemies. Always Keep your eye on the stamina bar.

Throughout the adventure, Wéko will be able to collect and store each mask in his wooden backpack. Working as an energy catalyst, this box contains the energy of the masks. Once placed on the outside of the box, Wéko can use their magic to temporarily acquire their power. A lot of mechanics in the game will be activated by the discovery of the masks during the adventure to give an example; some will give the power to glide, others to run faster or to block powerful attacks.

Shield Masks
Each side of the bag is specific to a type of mask. As shown below; on the back of the box you can find the shield mask, mainly for defense with some advantages such as a retaliation mechanic the shield can also in some cases be thrown to hit targets at distance.
Active Masks
On the left side are placed the active masks. It is possible to place only one active mask at a time giving various powers to Wéko directly impacting the gameplay ( active bonus ), such as the Glider Mask which allows him to glide.
Relic Masks
Finally on the right side we find the relic masks. It will be possible to activate up to 3 at the same time. These give Wéko more discreet advantages (passive bonus); such as a faster stamina rise or a life regeneration increased according to the number of enemies killed.

Lock-on in combat
While fighting you will be able to lock on enemies. Locking allows you to hit your target more easily. Clicking on a specific key you will lock onto the nearest enemy if they are within range. If there are multiple enemies, you can switch targets by moving the mouse to the left or right once you're locked on. Locking also locks your movements to your target and makes it harder to be aware of your surroundings during combat, so be careful when you lock on. You will have to learn how and when to switch from lock to lockout.