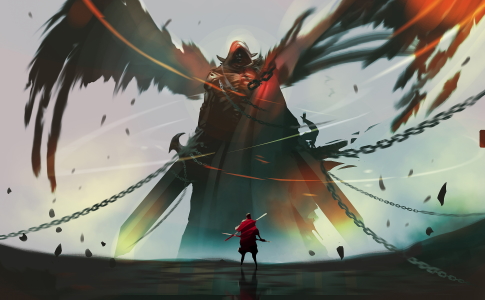 Evil forces try to siege your dungeon and conquer your castle. Defend it at all cost!
Summon mighty Heroes and build defensive Buildings in order to protect your realm.

The Zombie King, The Skeleton King, ancient Dragons, murderous Pirates, corrupt Angels are conspiring against you. Defeat them all in large-scale Boss Battles. Counter the bosses with magical damage and armor piercing depending on the situation.

Mercenaries for the win!

Stabilize your economy, destroy your opponents either in the early game or hire cold-blooded mercenaries with Mana and send them to your opponents to crush them! Build mines and altars to increase your gold and mana production, but pay attention to invest enough money on your defenses

Think ahead, plan your strategy!

Enemies always focus your closest unit. Use this knowledge as an advantage, build undefeatable forces, create ultimate lineups where no enemy can go through.

Show the world your geniousity, defeat your opponents in a 4-players free for all epic battle.