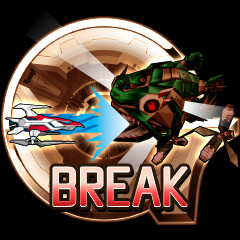 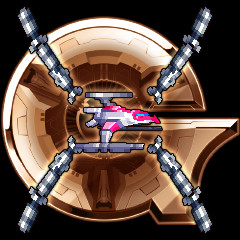 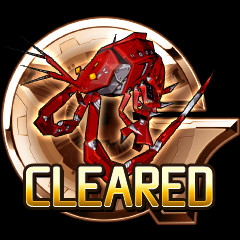 Check out the entire TAITO CORPORATION franchise on Steam

Taito's Darius series began with the titular arcade game, Darius, in 1986 and comprises numerous side-scrolling shooting games released in arcades, many of which were later ported to game consoles.
G-Darius is the 4th arcade game in the Darius series of horizontally-scrolling shooting games, which sees the Silver Hawks battling against huge, space-faring warships who resemble various aquatic life-forms.
G-Darius HD features 5 versions of G-Darius: arcade-perfect ports of G-Darius and G-Darius Ver.2 and an HD version of each, along with the console port of G-Darius, coupled with an Steam-exclusive widescreen bonus mode!

The original arcade game, faithfully recreated with a host of extra features to enhance your enjoyment!

All the features of G-Darius and more, in this update to the original arcade game!

A faithfully emulated console port with all the extra features which that release boasted!
Note: this is the Japanese version of the game features no gadgets or enhancements from the other versions included here.

Exhibition
Peek at what might have been if G-Darius was developed as a dual screen arcade cabinet! Battle a handful of selected bosses in wide-screen glory in this PC-exclusive bonus mode!