Chicken!
Developer
Daniel Matlock
Publisher
Daniel Matlock
In this game you play as a car going at another car the goal is to not hit the other car and to pass it much like the real life game of chicken. When playing you can move how ever you like forward, left, right, back if you feel like.
All Reviews:
1 user reviews - Need more user reviews to generate a score
Release Date:
Developer:
Daniel Matlock
Publisher:
Daniel Matlock
Tags
Popular user-defined tags for this product:
Early Access Casual Action Singleplayer Automobile Sim Arcade Driving Vehicular Combat First-Person Immersive Sim Time Management Realistic Destruction Funny Historical 3D 1980s 1990's Old School Physics
+
Reviews
All Reviews:
1 user reviews () All Time 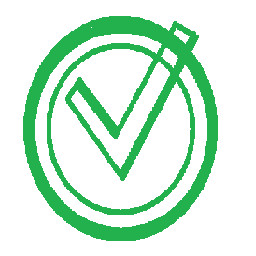 “I am making this early access because personally I don't think this game is done by any means. I am hoping that with your help I can turn this game into the best game it can be. I want to get as much feedback from everyone as possible good or bad. Before this game is finished I want it to be as much like the real version I can as well as being as fun as it can be.”

“I'm hoping just a month or 2 if things get difficult it may be longer.”

“I eventually want my game to be playable online against other people at the moment its single player against a programmed car, I hope to later also have a world leader board. I really hope sooner rather then later the game will have more options for maps and vehicles to choose from, maybe even have an obstacle mode and or editable games to place obstacles or change game settings to better suit the way you like to play.”

“The current state of the game is that there is one car choice and one map against a programmed car which doesn't work great but its what I was able to come up with for now.”

“I am planning to start the early access price relatively low and hoping by the time the game is ready for release more people will be wanting to play the game allowing me to lower the price a bit more.”

“I want people to give me as much feedback as possible good or bad, tell me all your thoughts about it what you like about it what you hate about it and I will consider every opinion you throw out there against my own ideas. You can give me suggestions on how to improve the game, what to add, ect... I want to make this the best game I can for all of you as well as a game that I like to play. This is my first ever game mind you If I like your idea I will tell u I do but if you don't see it become a feature in the next update don't worry I am just trying to figure out how it can be implemented still. You can contact me on the Steam forums once I set them up, if they are not set up by the time you read this, my apologies I am still trying to figure out how. I want everyone to give me as much constructive feedback as you can in order to help me further fix the game. If you think the game sucks or is bad please tell me why as detailed as you can so I know what to change to make it better.”
Read more
Notice: Chicken! is no longer available on the Steam store.
View Community Hub
See all discussions

This is a game based on chicken a real life game that has been around for quite some time and became popular sometime between the 80s and 90s. I want this to be as realistic to the real life game as possible and as such you go against another car toward each other. You play as a car that you can drive on this road where you made a bet with someone else that they will chicken out before you, driving at one another. When the other person chickens out so to speak they turn away from you, in order to not hit you.

The mature content in this game is fairly slim, the game throws insults at the player occasionally and tries to not use too harsh of language so that a wider range of people can play it.