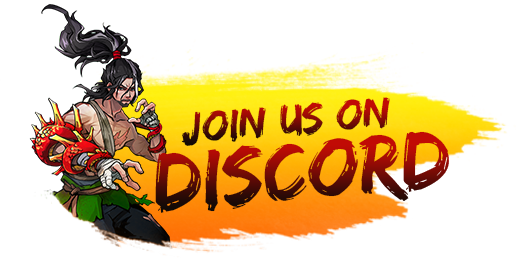 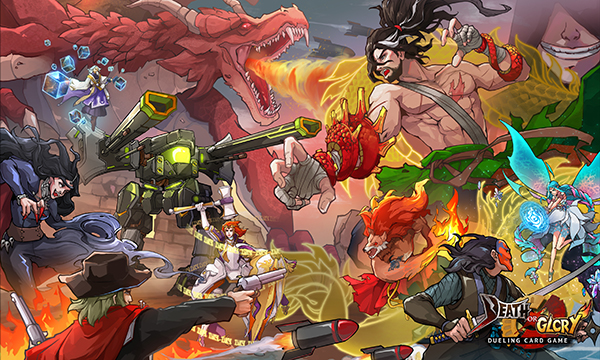 In a world where magic and bullets collide, where gods and monsters battle for supremacy, it doesn’t matter if you fight with claws or hammer, with lighting or prayer. Only one can walk away in the ultimate battle for Death or Glory.

Characters fight in a 1v1 deathmatch to determine who will best the other, and who will earn the title of eternal glory. Death or Glory is a card game that simulates combat between wildly different characters. Every deck represents the unique attributes and fighting style of the character’s genre, therefore no two opponents will ever play alike.

A Dragon will breathe fire and cause chaos with strong winds, a ninja will poison you with their weapons whilst avoiding your attacks with their agile movements, and a vampire will drain your blood as they go into a frenzy from their innate bloodlust. Every character has their own attacks and reaction cards that allow them to take the initiative whilst countering incoming threats, making every decision in the battle, possibly your last! 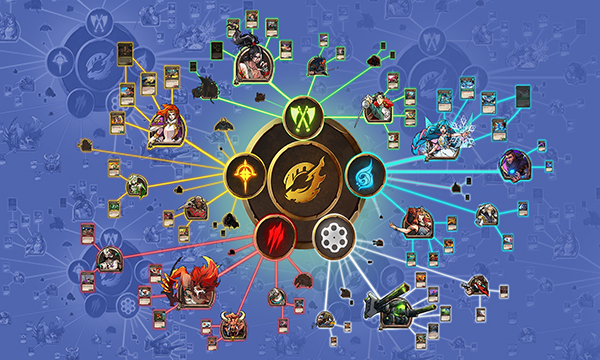 - Strategic gameplay where every decision matters 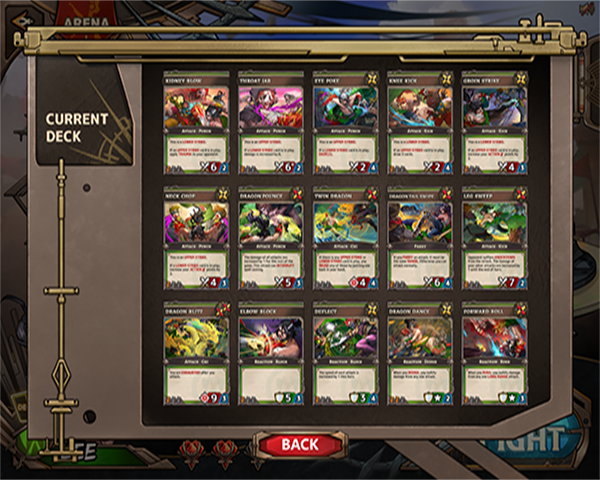 ​- Unique decks with distinctive mechanics for each character

- Arena mode where you battle progressively more powerful opponents with over 20 unique NPCs, and 5 powerful bosses in full release 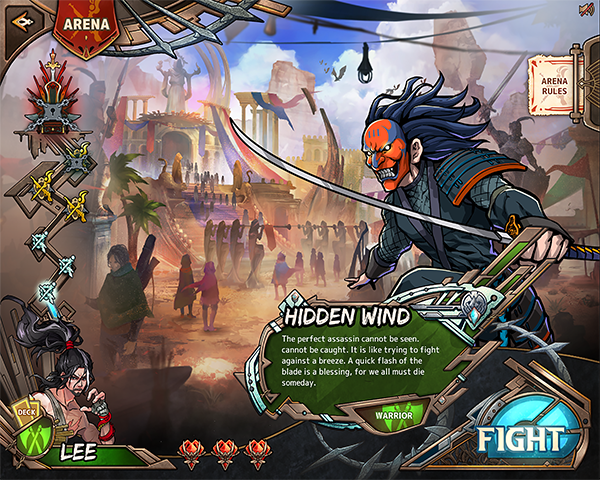 Disclaimer:
Due to the current version of the GameMaker 2 engine and Windows 11, RAM usage will drastically increase due to the software incompatibilities. This will likely cause a program error resulting in forced closure of the demo application.

We recommend players who wish to use Windows 11 whilst playing the Death or Glory demo, to use a device with a minimum of the following specifications
i7 intel processing core
32GB RAM
20GB Storage Space
Close all other applications that require RAM usage

We understand that this may be frustrating and we are sorry for any inconveniences caused. Our dev team will release a patch update as soon as the problem is addressed.
Thank you for playing Death or Glory