《Touhou Koi-Mystery: Legend and Fantasy of Monsters》 is a fan game of Touhou Project, which is a RPG of Turn Battle, Shooting and Action. It is made with RPGmaker.

The game has rich plot with 7 chapters, substantial collection elements, free walking experience, novel but torture bosses.
Game's operation is simple, easy to use, just mouse can play.
It has 3 difficulty modes.
One of which meets the round calculation planning of strategic players;
One real-time combat operation for action players;
There is also a way to completely skip the battle and meet the whole process experience of the plot players.
The plot and atmosphere of the game are relaxed, joyful and pleasant, and you can play at leisure after dinner. 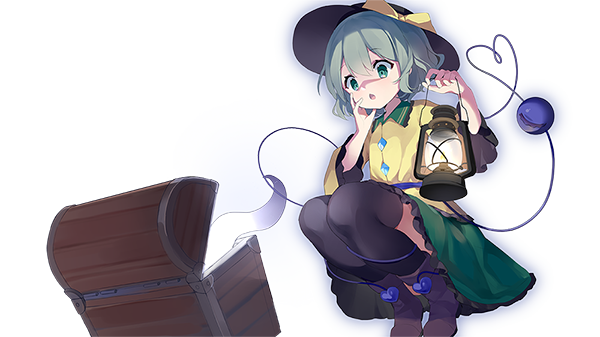 One day, Koishi's sister, Satori said that there was a curse poem that could kill people.
Then Koishi left Palace of the Earth Spirits.
Stroll around the Gensokyo, collect clues, and help monsters solve the legends along the way.
The journey will pass through Geyser, Genbu River, Monster Mountain, Scarlet Devil Mansion, Magic Forest, Human Village, Former Hell and other areas.
Encounter all kinds of strange legends, you will encounter more than 40 monsters and fairys, including enemies who hinder you and friends who help you.

◆The most concise system, the lowest threshold, derived from the depth of the game
On the basis of the classic Japanese RPG, a large-scale lightweight design is carried out.
There is no "EXP" and "Level" system, so there is no need to rise the level.
There is no detail map to run around. Everything moves in the "big map" of Gensokyo and the "Dungeons" of rouge. 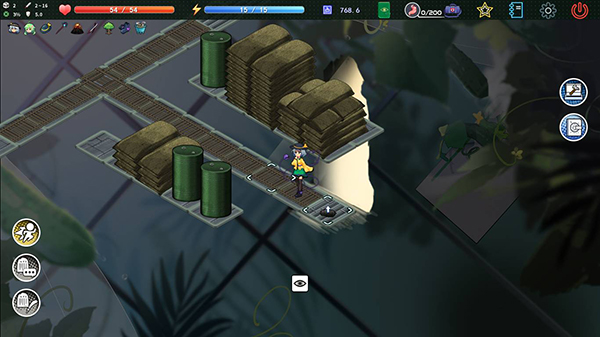 Battle all 1v1 fair duel, a round of the mouse does not need to click the second.

"Instant auto save" anytime and anywhere, no need to save manually, every step will save your progress, eliminate the trouble of losing files.
"Even if you lose, you can go back to before the defeat." there is no negative punishment. On the contrary, it may promote the progress of the plot. 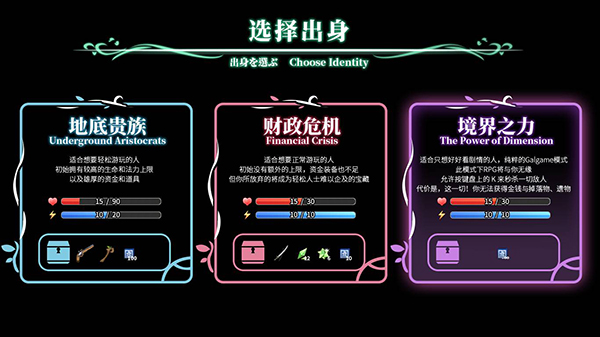 But
◆The potential difficulty may hinder the players who miscalculate their own strength
No matter which mode you choose to play in the game, the enemy's strength and move configuration are the same.
Boss may not abide by the rules of the round and attack you immediately.
A powerful enemy may use skills that can't be parried under normal rules to launch a dangerous attack of "hit and die". 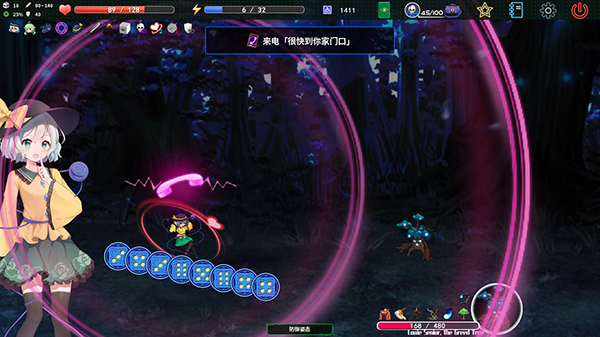 If you can't see the moves, you may have an infinite cycle between life and death.
You can use all kinds of weapons in your hand to catch the enemy's attack, dissolve the enemy's damage and send them back to the enemy at most of the time of fighting. 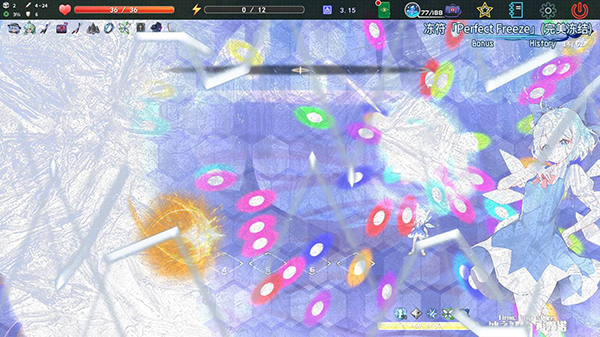 The enemy will use the gorgeous barrage with Touhou characteristics and signboard to launch the attack of "hit and die" to you without reason.

And you can also use the mouse and keyboard to avoid the barrage flexibly, and use the barrage to fight the correct way.
If you abide by the rules of the Spell Card, you will also get the reward of receiving the Spell when you successfully break the boss's cards without injury. 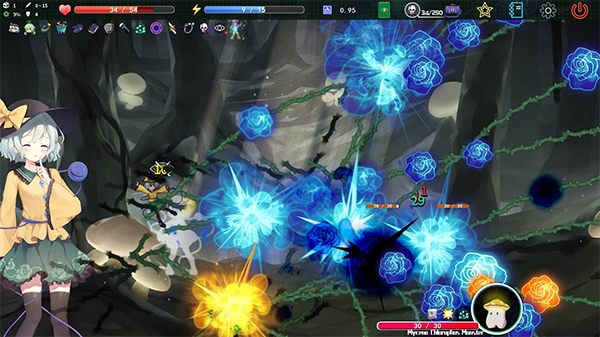 ◆Many rich collection elements for in-depth players to enjoy
All kinds of "Statistics" will record the details of your epic adventure. 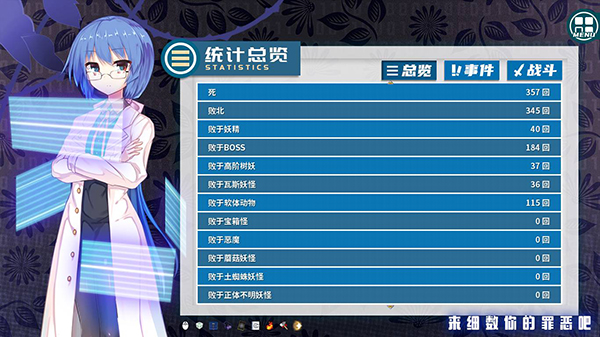 A large number of collectable CGS can be confirmed in the CG Gallery. 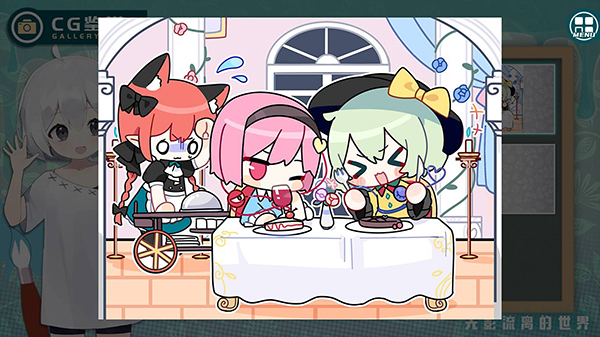 A large number of collectable music can be identified in the Music Room. 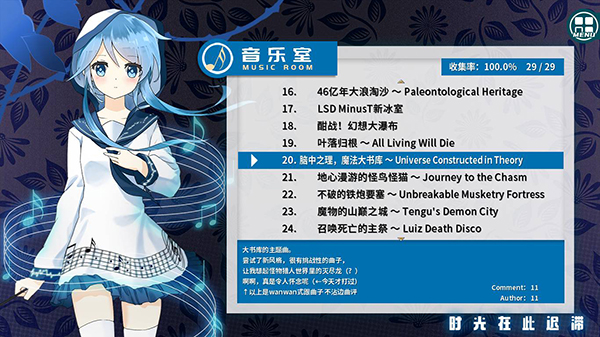 A large number of collectable props can be identified in the Relic Chest.
Each prop has its own story, which helps you understand the world view of Touhou Project better. 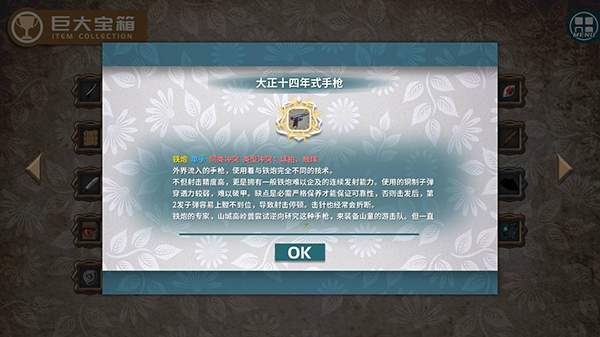 A large number of enemies and bosses can be identified in the Monster Book.
After each enemy kills a certain number, it will unlock the unique information belonging to the monster, which may contain various unknown stories. 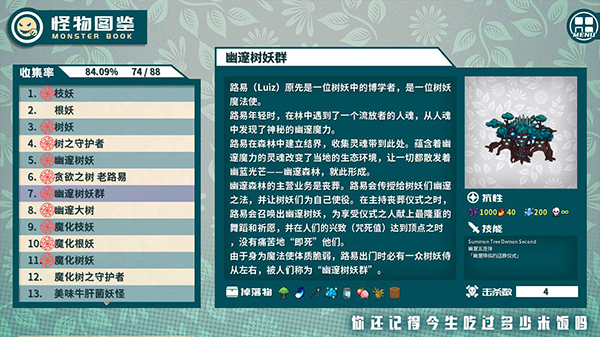 ◆Perfect and restored map of fantasy Town, rich characters, ups and downs of the plot
The game restores the panoramic map of Gensokyo and will launch a new adventure on this stage.
You can go all over the Gensokyo, meet different friends, challenge different opponents, and trigger different plots. 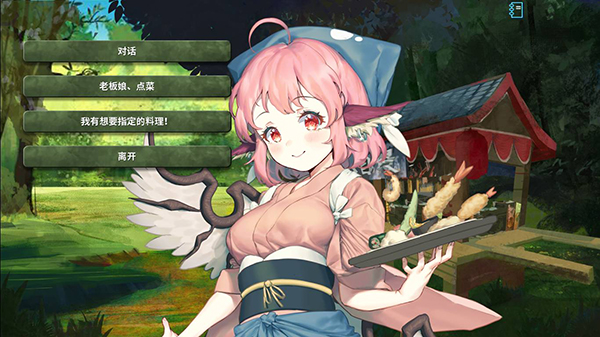 As a fan game of Touhou Project, about 40 characters are on the stage.
There are many roles that hinder the fund from appearing, which will exist in the text introduction and background board.
Many characters with different personality and ability, either to be reliable companions or to become tough enemies.
Write about your own adventures, meet them on the way, and embark on your unique journey.