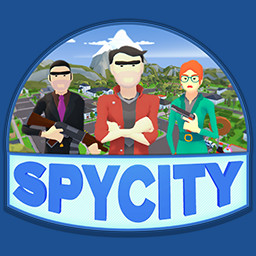 “SPYCITY plans to become a more interesting and more balanced competitive game, for this we need to collect information from the players about what can make the game even better!”

“SPYCITY plans to be in early access until we are sure that the game has reached the peak of its ideal, we hope that it will be as soon as possible but we think it will be in Early Access about one year.”

“In the first release version, we plan to have a wide variety of maps, characters, gameplay mechanics, tasks, and more beautiful and optimized graphics.”

“In the current version of SPYCITY, there is one map for playing with friends via the P2P network, there are basic gameplay mechanics: some players have the role of a spy, while others have the role of an agent. Spies and agents can disguise themselves as residents of the city. The main goal of the spies is to complete all the tasks, and the agents to prevent them.”

“We are going to gradually increase the price by adding new content and features.”

“We plan to listen to the opinions of each SPYCITY player and implement their ideas or make edits if they are suitable and do not significantly change the concept of the game. For more information. For more information on how to contact us, go to our website!”
Read more

SPYCITY is a multiplayer role-playing game with a confrontation between Spies and K.A.S. Agents hunting them. Play with 2 to 16 friends or random players at the same time in one session.

Be a Spy and complete secret missions scattered all over the map without letting other players know who you really are.

Be a K.A.S. Agent and find out the civilian disguised as a Spy before he completes all his tasks.

The police are independent non-player characters who keep order in the city.

In case of violation of the laws, you will be sent to prison for a while.