Dangerous! TOO SWEET!!
Developer
D!Gi productions, RUzura Interactive
Publisher
D!Gi productions
Slava has an unusual hobby – he dresses up as a girl. One day a stranger from forum offered him to participate in a video contest as a lead actress. Slava immediately agreed. Little did he know, the “directors” would turn out to be his classmates.
All Reviews:
Positive (32) - 90% of the 32 user reviews for this game are positive.
Release Date:
Developer:
D!Gi productions, RUzura Interactive
Publisher:
D!Gi productions
Tags
Popular user-defined tags for this product:
Anime LGBTQ+ Visual Novel Casual Romance Interactive Fiction Singleplayer Idler Cute Modern Choose Your Own Adventure Funny Hand-drawn Cartoony Cartoon Comedy 2D Indie
+
Reviews
All Reviews:
Positive (90% of 32) All Time 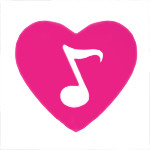 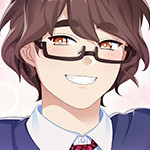 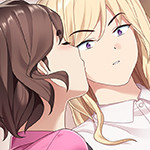 “Sweet City” is a popular brand, which has been producing the most delicious sweets for several years. Its main feature – characters, whose funny stories you can read on the wrappers and whose faces you can see on the desserts themselves.

Cute werewolves, ghosts, vampires became so popular that “Sweet City” decided to make their own movie!

Slava is incredibly happy about that fact – his favorite character, zombie Navia, is finally going to appear on the big screen. But more importantly, “Sweet city” is also holding a competition for the most interesting video with their characters.

Slava immediately starts browsing the web for more information and finds a contestant who’s looking for an actress for his video.

Luckily for Slava, he’s been dressing up as a female since middle school. Confident, he goes to an official meeting with the mysterious director.

Who would have thought that the director – two directors to be specific, would turn out to be his classmates?