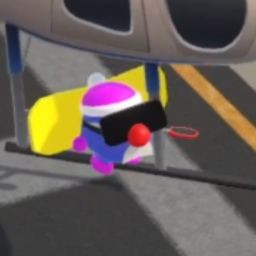 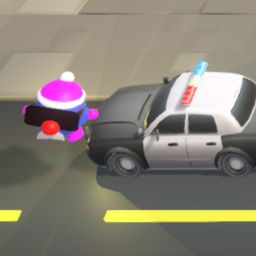 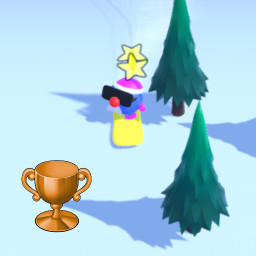 Infinite State Games present "Horatio Goes Snowboarding" - an arcade game where you hire a board, go snowboarding, avoid serious injury, rinse and repeat! It's our homage to retro skiing and winter sports games from the past - no story; just pick up and play pure arcade thrills.

You'll start every new game with a bunch of money, and the urge to snowboard. First you'll have to hire a board en-route to the helicopter which will take you to the slopes. Avoid traffic and make a dash to the end! Don't forget to pick up a board before you get to the helicopter though. That would be embarrassing...

Once the chopper has taken you to the top of the mountain, you'll start your downhill descent into chaos through increasingly tricky randomly generated courses. Rack up points by going through slalom gates - the more you pass without a miss the higher your score multiplier will increase. Just look out for that Yeti...

At the end of the course there's a finish line you can go through for an extra cash bonus. Then back to the helicopter you go!

If you get into an accident through a face-plant on the slopes or a hit and run on the road, you'll be patched up in the nearby hospital to the tune of $100. Run out of money, and it's game over.

What's a score attack arcade game without leaderboards? Compete against players all around the globe to be the raddest boarder on the mountains! You're gonna have to keep that chain up and your face out of traffic to make it to the top.