“Purple War is an online multiplayer RTS game that is designed for players to compete and cooperate as 3 different in-game races. As such, it is crucial to create fair balances between races, and player feedback is the best way to ensure we are able to do that. Not only that, we'd like to improve the game’s overall qualities and features based on players' needs. Multiplayer games need a community to thrive, as much in the development process as in gameplay.”

“Our current goal is to polish the game during a 6 month Early Access phase. However, please kindly understand that the full release version may take longer depending on development progress.”

“After the release of Early Access, we're planning to add features like Rewards, VIP, Community, Missions & Achievements, and an observer system on top of the core game modes.
Beside the various improvements during the Early Access phase, hero related systems and additional campaigns are also planned to be released with the full version.”

“1. Player versus player mode and team mode with other online players and/or AI for co-op matches.
2. Uniquely designed units and buildings for Human, Elf and Orc races.
3. Maps with various themes.
4. Campaigns for each race with their own background stories.”

“We're expecting slight changes at the time of the full version release, but the pricing plan isn't confirmed at this moment.”

“Online multiplayer PvP is the core of Purple War gameplay, we're welcoming all players' comments, suggestions, requests, and support, and will consider them actively with open minds.
If you have any thoughts to share, please feel free to drop them at our Steam hub discussion page.” 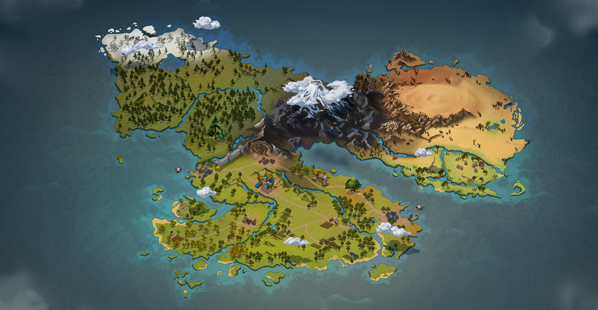 The volcanic eruption of the central volcano that came along with a huge earthquake covered the continent of Deivos with disaster. Roads were cut off, forests burned, and the sky was covered with ash. All beings on the continent had to make unavoidable sacrifices, and the long-established balance between races was broken. The three races that held the hegemony of the continent, Human, Elf, and Orc, are now falling into a vortex of inevitable conflict. 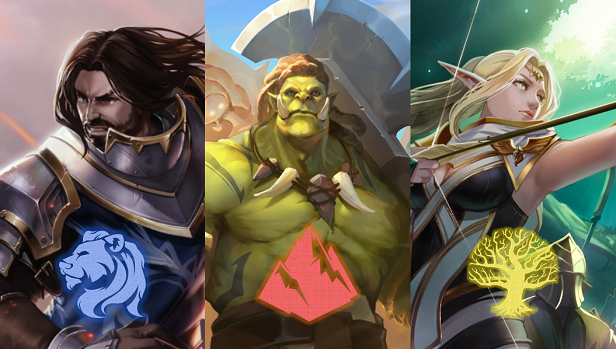 Choose your favorite race from among 3 distinct races: Human, Elf, and Orc. Unique buildings, units, and heroes of each race will provide you with a variety of fun.

By mining resources, you can construct buildings. Build infrastructure to recruit troops, strengthen your troops at research facilities, and build new bases to secure additional resources.

Use Grapestone and gold to form a powerful army and lead them to victory on the battlefield.

Your victory or defeat depends on "How efficiently you use limited resources and time" and "How effectively you use strategy to catch your opponents off guard." Take down your opponents with perfect calculation and clever play.

Legend units have powerful stats, and each has special skills. Raise the performance of your legend units to the fullest to help turn the tide of war in your favor when you face defeat, or overwhelmingly subdue your enemies in an advantageous situation.

There are a variety of game modes available in Purple War to satisfy a variety of players. In [Custom Mode] you can play from one-on-one individual matches, up to a maximum of 8 players in 4v4 battles, while [Campaign Mode] follows the exciting story of Purple War, and [Cooperative Mode] lets you defeat powerful enemies in cooperation with other players. Across various maps and battlefields, the armies of the Purple War await their commander's instructions.