“Early Access allows everyone to enjoy the gameplay mechanics that are already working while we continue developing the rest of the game, and lets us solicit feedback from early users about what mechanisms do and do not make the game fun.”

“We anticipate this game being in Early Access for 6 to 12 months.”

“The full version will feature a wider variety of maps, more powerups, more mutators, and more chaos! We're also planning to implement leaderboards and a progression system. Basically everything in the "About" section that we've not already got working.

“Right now we have enough of the base game implemented that it's possible to play a full match with most of the intended basic functionality from start to finish. Right now this includes:

“We plan to gradually increase the price as we ship new content and features. This will be done in stages as we meet internal milestones mostly surrounding major feature completion.”

“The community will be essential in shaping the game, giving us feedback on balancing and gameplay concerns as well as themes and tweaks for map designs.

We will be holding direct polls that users can participate in to let us know what features are most important to them, which gameplay mechanics they feel require tweaking, and what maps and themes they'd like us to explore as part of our level design. We will be using the results of these polls to form the basis of our internal design process as we continue to develop the game.

Players will be able to take part in play sessions (which we will announce both on Discord and the Steam Community pages) with developers so you can show us directly if anything doesn't work the way it's expected or to talk about where we're going within the context of an actual live game.

Via our Discord server and Steam community pages users will be able to reach out directly to us to report bugs, gameplay frustrations, talk about desired Quality-Of-Life changes and even make direct suggestions.

Additionally we'll be running live streams/videos showing users early footage of proposed or prototype features via Discord before they're released.”

Kaboom! is a game about blowing up your friends! Play in head-to-head battle with up to 8 players. An online battle arena where you try to outwit your opponents with quick thinking, planning, and sometimes just a bit of luck. Get power ups to improve your abilities and rain fire (sometimes literally!) down on those who would try to best you.

A multitude of arenas provide fun and unique challenges with map specific set-pieces and obstacles to keep you on your toes. Play the game your way with custom lobbies and your own insane game rules, or take part in ranked tournaments and climb the ladder to greatness! See who is the last robot standing in free-for-all mode, or play as a team in team-battles.

Games like this are meant to be played together, which is why in addition to standard online modes - we will also be making it possible for you to host local LAN games to play with your friends, and split-screen modes to play with up to 4 local players with multiple controllers (4x XInput compatible gamepads required, or 3 if someone uses the keyboard). We appreciate that this is a rare feature in modern games, so we're going to make it happen.

Right now during the current part of early-access only standard online is available, but local and split screen modes will be available before the final release.

It's winner-takes-all in this classic arena mode for 2 to 8 players. You get a single life in the match. Be the last player standing to claim the crown and win the match! Ran out the timer? Whoever got the most kills wins! 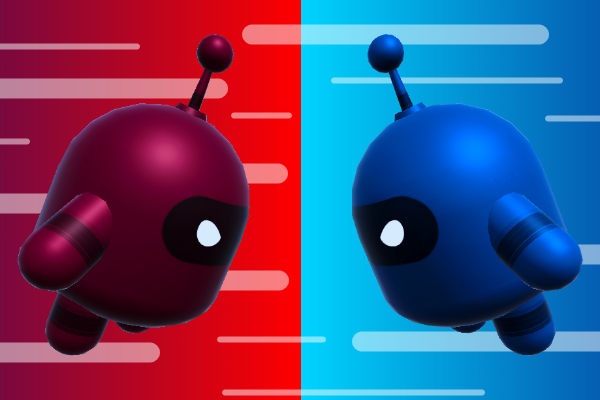 Strategy and wit reign here in this single-life mode. Play as either 2 or 4 teams (4 teams of 2, or 2 teams of 2-4) to take the other teams down. Last team to have at least one player standing wins.

Respawn again-and-again (losing your powers as you do!) and try to rack up as many kills as you can! Take down the current kill leader, and gain all their powers and abilities to use against them! Also available in team based variants. 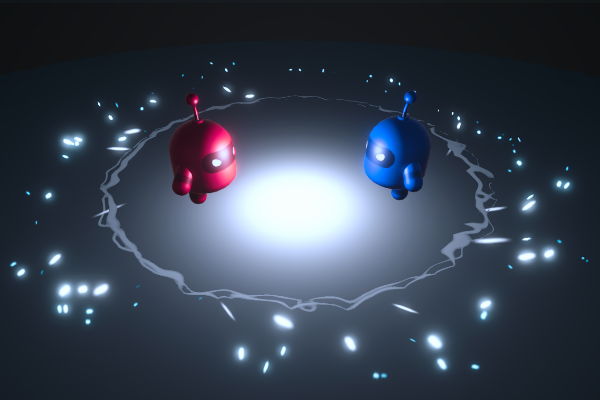 Every 30 seconds a new section of the map will become the 'Hill' - you or your team must try to hold onto that position for as long as possible. The player or team with the highest accumulated total hill time wins! 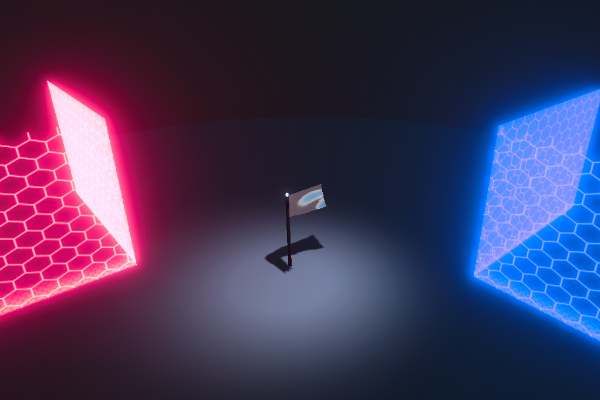 Pick up the flag and take it back to your home base, but there's a catch! You can't place bombs, so you must rely on your teammates to clear the way for you to score.

Absolute mayhem - This asymmetric mode pits one mega-player with outrageous powers and abilities v.s. 3 to 7 opponents in a short, timed match. Take down the boss before the timer runs out to win! 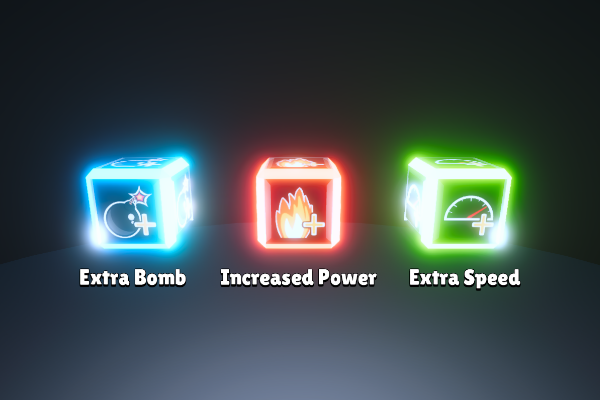