Greats of the Gridiron 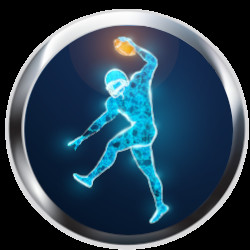 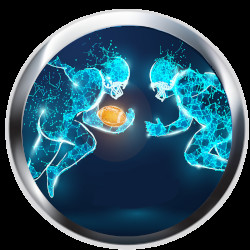 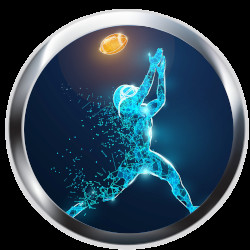 “Why Early access: Greats of the Gridiron is already a very complete experience, including between other game owners. Yet while I have successfully developed the core of the game, in order to realize its full potential as well as my long-term vision for the game, I need community input on several key factors essential to online franchise mode for sports games. Some of these factors involve scouting players, handling injuries, trading players and salary caps and game play improvements, especially since I want to ensure that different leagues can have customizable options that best suit the League's playing style.”

“Although no hard target date is set, I would estimate 1 to 2 years, partially due to being a single developer, but moreover, until I get feedback from the community, I will not know how far away that date is in terms of developing the essential components of the online franchise mode. As previously stated, the core game-play is already developed and completed; time spent in Early Access will generally be used in refining game-play elements and systems and taking time to introduce new systems in response to community feedback. In addition, while I like the way the game plays now, but there are definitely other interpretations on how the players can move on the field and how close to “real football” it should play vs. playing more like a “video game.” Until I can get a majority view on that, it may take some time to revamp some of the development.”

“With the core game-play at its essence being complete, in the full version (and soon Early Access version), among other things, I plan to have a much more involved 'multi-player' experience, in that I plan to have drafting and trading be an online interactive experience, from the current working single player experience. This is to say, players would hop online to the League Commissioner's running server and participate in drafts in real-time. I also plan to have a dedicated server that a League Commissioner can run for his league, that will allow for the 24/7 access to the league for players to, among other things, offer trades, real-time scouting, and lengthy drafts as well as inter-player messaging systems. Currently, the dedicated server is a work in progress, but for the best experience with what it will entail and has to offer will be best hammered out upon receiving the feedback from the community with regard to the other internal systems (injuries, drafts, scouting, etc.).”

“A customer can expect a fully functional football simulation game. They can create a league of up to 16 teams, of which there can be any number of player customized teams, up to 16, with NPC teams filling in any gaps. The current NPC teams (18 currently) each have fully functioning playbooks and generally will play on some level of easy to difficult. Further, they can also have friends play in their league, or as simple one-off games. There are certain limitations when it comes to the draft and trading, but these will become available once details are worked out with community feedback. Customers can also play a full season by themselves. They can draft their team. They can create a playbook and design plays and they can set how all those plays are called. They can then play a 17 week season (with only 16 teams) and their stats will be record, then enter into the Post Season, with the GotG bowl at the very end to determine that season's Champion. Then they can play another season, and keep repeating this cycle for as many seasons as they like.

It is important to note, that I understand as a player, countless hours will be spent on developing and refining your plays and playbooks, and that with some changes and features, there will most likely be a need to modify the database. However, concerns as a player with regard to saving data, should be alleviated as generally, with each update that makes these changes, will be prefaced with the idea that playbook work and created team/player data is generally in a complete state. However, there may be times during Early Access that databases are destroyed. There are tools that are available to back up the league databases, if a rollback in a release is required, and thus your work will be saved and accessible, even in the event something goes wrong with an update or release. Furthermore, the general idea is that a conversion from Early Access to a full release will be transparent in all respects to the customer.”

“There is no plan to change the price upon leaving Early Access.”

“I intend use the official Greats of the Gridiron website forums and the Steam forums, as well as Discord or another third party site to engage with the community, including but not limited to requesting specific feedback through questionnaires, polls, hosting and participating in multiplayer events alongside our community, and using analytics tools to gather data. During Early Access, I intend to make weekly updates, to inform customers on the general progress of that week's tasks, with larger updates as the features get further refined and developed.”

Buy Greats of the Gridiron

Greats of the Gridiron is a football simulation experience unlike any other where you need to Outdraft, Outdesign, and Outcoach other coaches from around the world if you want to win the coveted Gridiron Bowl and stake your claim to Greatness.

Pit your abilities and eye for scouting talent and strategically build your team from a pre-generated list of players, in real-time, as General Manager against other savvy coaches within your league or the AI teams.

But don’t mismanage your salary cap or you may not be able to keep your stud players. However, you can always trade players during the draft, season or offseason to make cap room – like that aging QB set for retirement… so go ahead and pull off a blockbuster trade! It’s your team to do as you wish… Just remember, if your team is getting passed all over – you may have wanted to draft that lockdown CB instead of the stud OL you coveted.

As Offensive and Defensive Coordinator, you create plays down to the finest of details. Pull your tackles on a sweep or have your QB pump fake to get the WR open.

Then head over to the practice field and check your plays against your offense or defense, make adjustments and perfect your playbook.

Use any of the pre-generated templates for some basic formations and then customize them any way you want to implement your offensive or defensive philosophy.

As Head Coach, you determine when and where each play is called using the Play Call Acumen system. You determine the down, distance, score differential, and timing. You’ll also set the penalty/reward points depending on how that play does so that you don’t keep calling the same bad play over and over, as well as making sure you call the plays that are working well. You are in total control of the team.

Additionally, there will also be available comprehensive Game, Team and Player statistics and commentary, so that coaches can fine tune their teams during drafts and playmaking. These data will be fully exportable to delimited files so that they can then be imported into your favorite analysis software for real scrutiny.

Greats of the Gridiron can be played in single game or league seasons managed by a League Commissioner. Each League Commissioner sets the rules for the league. These rules include player attribute point caps, game scheduling and numerous other options. The League Commissioner also runs the seasons and games, while coaches can sign on and watch their games (and other league games) being run.

Play Against Other Coaches

With more than a dozen teams in the default league, each with their own unique playbook, hundreds of game hours can be played in single player mode. Single player allows for a 17 game season to be played along with a playoff tournament and Championship game at the end.

Players can also form leagues with friends or coaches from around the world, online, to truly see where their drafting, design and coaching skills are and to try and win the glorious Gridiron Bowl and to see if they can truly be called a Great of the Gridiron. Using P2P connectivity, coaches can upload their teams and playbooks to a remote host for head-to-head action! Games are streamed to your favorite streaming service for the entire league to watch!

If you're ready to be considered one of the GREATS - wishlist today!


CALL IT IN THE AIR!