Voidwalkers: The Gates Of Hell

Voidwalkers: The Gates Of Hell
Developer
Sympl Games
Publisher
Sympl Games
You are one of the Voidwalkers, tasked with a life-long oath to defend the Gates Of Hell from any who would try to cross into the land of the living. After a thousand years without incident, thousands of undead warriors have begun crossing the plane, and it's up to you to stop them!
All Reviews:
Mixed (21) - 47% of the 21 user reviews for this game are positive.
Release Date:
Developer:
Sympl Games
Publisher:
Sympl Games
Tags
Popular user-defined tags for this product:
Action Casual Action-Adventure Dark Demons Fantasy Horror Sci-fi Stealth Free to Play Survival Gore Indie Violent Survival Horror Swordplay Zombies PvP Multiplayer 3D
+
Reviews
All Reviews:
Mixed (47% of 21) All Time 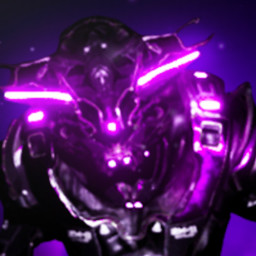 Play Voidwalkers: The Gates Of Hell

Voidwalkers - Hell's Gate is an online zombie shooting game that you can play for free!

You are one of the Voidwalkers, tasked with a life-long oath to defend the Gates Of Hell from any who would try to cross into the land of the living.

After a thousand years without incident, you have finally heard a distress call coming from a station guarding the gate.

Thousands of undead warriors have begun crossing the plane, and it's up to you to stop them!

If you are a fan of zombie killing games or if you love playing combat zombie action games, then this is a zombie shooting games that you'll love!

This 3D shooter will delight anyone who is a fan of gun games or zombie killing games.


Action zombie games have huge popularity among the z shooter game lovers, and they always enjoy, and this is one of those fun action games that all zombie games lovers will enjoy playing.
You'll be placed in one of the crossing-points where the zombies will try to catch and eat you alive.
Your job is to run around the area as one of the zombie apocalypse survivors and shoot and kill your undead rivals while keeping a safe distance to avoid getting bitten by the dead rising corpses.
This is one of those zombie shooting games for free that you can play for hours and have a fun action gaming session when you are bored or feel like having some fun with zombie games.

The Gameplay:
Create a server and join your allies in a non-stop battle to destroy the undead!
Each kill earns cash that you can use to buy new items and weapons from the store!

Customize Your Character By Purchasing The Character Editor!

Free zombie action:
If you are looking for best zombie action games or free and zombie shooting games, then this zombie slayer game is for you.

Download and enjoy Voidwalkers - Hell's Gate for free at all times!

The game is violent by nature and contains blood and gore seen from a first-person-perspective.