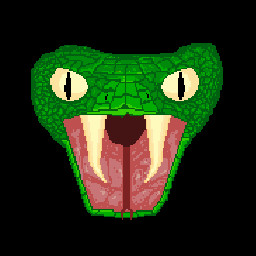 “Current game has all its core mechanics finished and its arcade mode is solid. I want to increase its replay ability for the final release, for that I plan to add more content (more spells and enemies types). Also I'll be working on a story mode and adding lore to the game. I want to gather feedback of the players on which kind of content they want more and which direction I should focus.”

“I plan to continue the game development for 6 months, up until September.”

“Story Mode
Around 100 unique spells (currently there are 24)
Bosses and mini-bosses enemies
Biomes and more variety to the procedural generation.”

“Working Procedural Map Generation with curved dungeons.
25 Spells for the player to find in its game
Main Snake Enemy with rich animations and fine tuned AI
Game sessions from 10 min up to infinity depending on the player skill
Game stable and able to run full games for many hours , with no crashes..
Complete Sound Track with 14 unique songs.
Many Sound Effects covering most actions.”

“I want to add new items on a monthly basis and understand better what kind of experience players want from the game.
I want the opinion of hardcore players on which direction the high rounds games should go and general balancing of spells.
I will release some minibosses and see the players reactions.
Story mode will be added on full release only”

Horde Slayer is a magical fantasy horde survival game. It is your new action roguelike where you play as a wizard trapped in a dungeon filled to the top with snakes. Your death is inevitable but you have decided to take away with you as many slithering snakes as you can.
Featuring CURVED DUNGEONS (such a heresy) and beautiful snakes animations. Explore many complex procedural generated caverns filled with danger and struggle to survive stronger,faster and bigger snakes as the game progresses. The player must explore the cavern in search of spells that will help him fight the hordes. The player must be constantly aware of the surroundings to not get trapped.