What's Wrong With You? 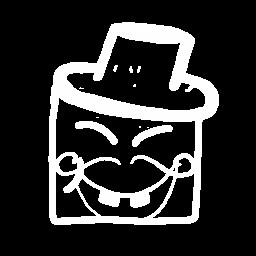 “We decided to go for Early Access in order to fund our project early and get feedback from YOU!
The release in March 2021 should give the community the opportunity to support the game idea and participate in its creation.”

“The plan is and was to keep this game in Early Access for about 1 to 1.5 years.
This gives us more than enough time to reach the full scope of the project.”

“The Early Access is the development version.
That means we have most of the features included, we can test game mechanics on various devices and thus detect individually occurring bugs.
At the end of development, the game should be in a polished state and ready for full release.”

“ALL features of the game are fully included and available in the Early Access version.
- Single player mode
- Twitch Multiplayer Mode
- A game show format like no other!”

“Every Feedback you are giving brings us further. We (1) have a discord server were you can report bugs, give feedback and tell ideas you have. (2) Since the development of this game will happen quite regularly in livestreams, you can give input there in the live-chat as well.”

Buy Whats Wrong With You?

Make your way through the jungle of questions! But beware: there's a lot more wrong here than meets the eye!


Show that you are the best of 32 candidates in a unique game show!
Distributed over 8 rounds, multiple choice questions with 4 answers are played.
You have only one job: Find the wrong answers!

Instead of "What is 2+2?" we don't want to be told 4, but 3, 5 and 6!
Instead of "Sort these numbers in ascending order" you have to tell us them in descending order!
Show that wrong answers are the right ones!


For each of your answers you can earn life points and money... or lose them!
In each of the 8 rounds the amount you can win and lose per question increases.

BUT ATTENTION!
If your life points drop to 0, you are eliminated from the game! There is no 2nd chance!
Only the best player at the end of all 8 rounds with the most life points & prize money wins!
All others go away empty-handed!


If the game is too hard for you, you can of course use Lifelines!
...at least if you are willing to exchange some of the prize money you have won so far!
Before the start of a round, you can decide to buy exactly one lifeline from a selection!
From "Win-Multipliers", to "Skip Question", to "Influence Next Question", it's all there!


Play alone in single player mode or in twitch multiplayer with your livestream chat together!
Yes, you've read that right! Your viewers can participate via chat commands!
Add some life and chaos to your livestream!
No matter how many players - 32 AI players are ready to fill empty seats!
A Quiz-Royale without opponents would be boring, wouldn't it?


Also you can earn Achievements by playing our show!
You can collect them alone as well as with your chat!
We have added a total of 88 Steam Achievements and more are planned!
There are no limits to the game!

Speaking of Limits...
We offer you modding possibilities!
No matter if community, friends or family - everyone can extend your game!