It is the turn of the ninth century and the nomadic Avars, cruel and ruthless remnants of the once powerful Avar Khaganate, have destroyed a Slavic village near the Odra river. They begin sacrificing the villagers to Erlik, their god of death, in hopes of resurrecting their fallen empire. Choose one of four playable characters to face the Avars while uncovering the deeper reasons each character has to join this challenging fight.

As Erlik gets stronger each day you will need help to succeed. Ask Slavic gods for help, as they can grant you their powers and abilities. In exchange you will help them cleanse their sacred pagan grounds.

Get powers of Svyatovit, Perun, Morena, Jiva and Svarog to defeat the dark Avar army lead by Erlik and his generals once and for all. 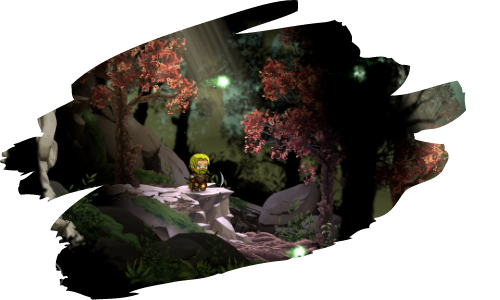 Dive deep into to stories and humour of the characters

Dive into the background story of each character and reveal parts of their history and true nature as you progress through the game. Through intriguing and often humorous quotes, each hero shares something of their unique point of view as the game progresses.

Every hero has their own original arsenal of native class skills. As you serve the pagan gods you will gain access to the extra 20 god skills. Combine native class skills with the power of the gods, support them with passive perks to create exciting builds by choosing up to 9 active skills. You can further customize your builds with basic stats and various gear.

With the well familiar MOBA-like combat control you will get very quickly into killing every (pagan)god-damn enemy Erlik will throw at you. The spawn system in Pagan Grounds can randomly set various skills to specific enemies based on their rank and type. No fight will be the same!

Explore 5 different themed battlegrounds based on the gods you want to help. Each randomly generated battleground consists of challenging events, various hostile mechanics, and boss fights with enemy mobs.  Fulfill quests related to the gods to level up the skill line needed to acquire the power to defeat Erlik!