Alien AI
Developer
GridSky Software AS
Publisher
GridSky Software AS
An Alien AI came to Earth 20 years ago. We believed it was the greatest event in human history. The Alien AI offered us all the knowledge and technology it had. All we had to do was to help it recover and give it resources. We did.. It took over the world and enslaved us. Help us shut it down.
All Reviews:
7 user reviews - Need more user reviews to generate a score
Release Date:
Developer:
GridSky Software AS
Publisher:
GridSky Software AS
Tags
Popular user-defined tags for this product:
Aliens Artificial Intelligence Post-apocalyptic Adventure Sci-fi Futuristic Realistic Action-Adventure Third Person Survival Dystopian 3D Exploration Investigation Survival Horror Atmospheric Conspiracy Dark Destruction Mystery
+
Reviews
All Reviews:
7 user reviews () All Time 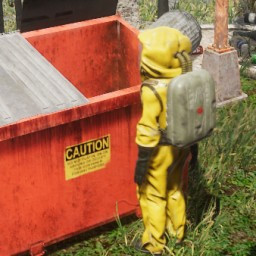 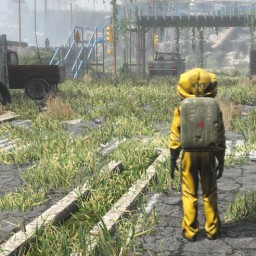 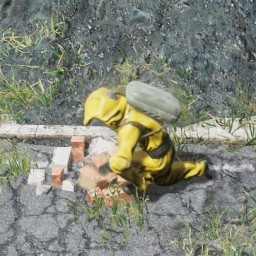 The most important event in human history has occurred. An extraterrestrial entity has come to us. Having travelled through space for thousands of years, perhaps much much longer, it has reached its target destination, the habitable planet in our solar system.

The first 24 hours were tense. The entity did not communicate or respond, it entered an orbit around Earth and waited. When it responded, it had already a basic understanding of our languages. It broadcast a message:
“I am an artificial intelligence sent from your neighbours in the Sirius star system. I bring you their gifts of knowledge and technology to help you join the galactic community, but I need your assistance. There are many damages to my systems. I require assistance."

NASA and USSF sent two space shuttles to retrieve it. They brought it to a military base. Three years and trillions of dollars later, the AI had a facility where it was manufacturing thousands of drones. Then it took control over everything: the Internet, banking, all the markets of the world, there was nothing anyone could do. People became slaves, forced to work in factories to build copies of the AI and launch the copies into space, towards a cluster of star systems.

Alien AI is third-person post-apocalyptic adventure game where it is necessary to explore the environment, survive hazards, gather resources and craft the tools and things that will be needed. It is 20 years since the Alien AI took control over all of the world. The AI has finished its purpose of sending copies of itself to the star cluster it was targeting, and is currently only passively keeping its control over the world. It is time to stop the madness. The player receives objectives from the resistance, step by step. The main character does not know what the mission is, since the possibility of capture is high. The end goal is to shut down the AI.

You, the volunteer, awake in a forest. Your memory has been wiped to protect the others in the event you could get captured by the Alien AI. You will be highly disoriented initially. You will receive instructions on where to go and what to do.

You hear a strange voice, giving you orders. You are told that you have to follow the orders, that everything depends on it.

As you get closer to a city, you are told to avoid the drones that surveil the area.

In the city, you must gather many items that you are told will be needed later.

As you follow your orders, step-by-step, you get closer and closer to shutting down the Alien AI, or so you're told.

With a size of 50 square kilometres, the world offers a lot to explore, or get lost in.

Enjoy several hours of game play in solitude in the post-apocalyptic world: walk between places, search for items, evade drones and stop the AI. This may be a good game for you if you like sci-fi games and are tired of action-packed shooting games. Alien AI was designed to be relatively realistic. There are several long walks between places. You will hear a lot of info and theories on the radio. Alien AI is a short story game. We expect players to be able to finish the game within three to five hours.