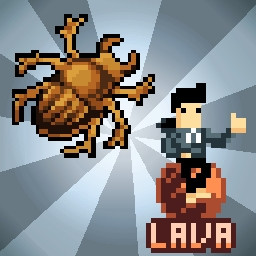 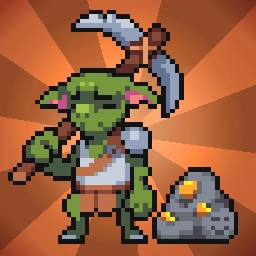 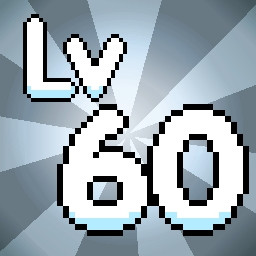 “When I say I rely on player feedback to improve my games, I mean it! Without early access, I wouldn't get the level of feedback that is necessary in order to make a great game :D

Over the next year, I will be adding core MMO features -- Guilds, Party Dungeons, World Events -- the implementation of which will depend on how people feel about the game. I have released the MMO before adding these features in order to get a good grasp on exactly what it is that gamers would actually want too see in the MMO-side of the game!”

“I hope to add the following, roughly in this order:
This is my second commercial game, the last one getting 16 months of free content additions, so I have experience with delivering on my visions!”

“The game is fully playable -- my current players on other platforms estimate it has 4-6 weeks of fun in it. It is in a very stable position in terms of bugs, having been through 4 alpha test periods (Late July, August, September, and early November), as well as having been fully released on Mobile and Web.

The only reason for Early Access is my commitment to adding new content. I want you to understand that I am here long-term, and have huge plans for the game.”

“No prices of any items in game will change.”

“My community has been at the heart of my rise as a game developer, and I have every intention to keep my players at the center of development. I have an extremely active discord of ~20,000 members (Discord.gg/idleon), and I genuinely enjoy holding polls and seeing player suggestions in order to get a grip on what direction that game needs to move in. If you want your voice to be heard, I will hear it, you can count on that!”

• Specialize your characters into different classes, and work toward unlocking new features! Your Warrior can mine ores for your Archer to craft a powerful staff, so your Mage can defeat the World Boss and unlock the next world! IdleOn™ gets more complex the more you play!

- Over 40 different NPCs, that give out 135 unique quests! Maybe you'll have to kill monsters without equipment on, or help a piggy reach 1M social media followers (that last one will make more sense in game)
- 70 different locations, spread out across different scenery -- Jungles, forests, deserts, oceans, sewers, caves, and quite a few others!

- I'm LavaFlame2, and I've been making games since 2012. I made 31 small flash games before making IdleOn™, and while most failed terribly, I learned from the failures to make an MMO that brings something new and exciting to the table!
- With an active discord of over 100,000 users, I place a huge importance on player feedback. Weekly polls and custom suggestions drive the direction of the game, so you can rest assured this game will always be for gamers, made by a gamer!