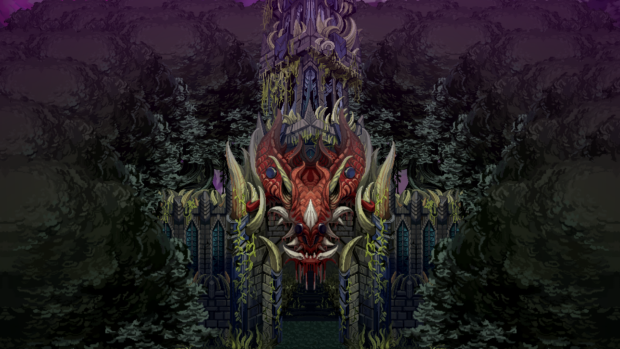 Deathtouched... Those cursed with Black Dragon blood in their veins, whether by bonding with one like the Dragon Knights of Lasserburg do by drinking the contents of the whelpling's egg at birth, or by forced feeding of a living dragon. Whatever the method, the very design of the body is altered from the inside out, all organs cease to function normally, and certain powers begin to flood the embiber.

Some, not all, are horribly corrupted in the process. Some change appearance completely, some lose their sanity like the Ancient Black Dragon, Malganon, did. All are a threat to life, however, as all must feed off the living, through blood and flesh, to live.

It's this need to feed that starts our story and tale of Lucid Soul, the Town of Guillen is housing foolhardy humans that decide it's time to return to harvesting the woods around our castle. Silly little things, but how can they not feel comfortable; the world has Grey Paladins with holy powers governing every hamlet, a Priestess of Medina to relay all activities to others of their order, and above all, no fear of what lies outside their walls.

This all is about to change...

Well... for you at least. I make no promises for the others destined to bleed for our Lord's amusement. Hytwart, King of the Goblins, now known as The Enfeebler, the longest living Goblin in history, is a thirsty deviant and it is... after all... our duty to slake his thirst! Elderly, women, children, all are used to feed the ever guzzling gluttony of the Deathtouched. Don't look at me like that, you'll be given an opportunity few others are given: a rare gift... if you survive the trial... A pit both deep and dark... filled with cadavers and meat from ancient raids and conquest.

A singular Black Dragon Egg, relic of the last known nest of the Dark Lady, Umbryss, second concubine to Malganon... shall be your prize. Oh, and we've chosen others to join you in that fetid catacomb buried within our tower... Do bring an appetite, a strong stomach, and a desperate need to survive, by any... means... necessary.

And now, for a taste of things to come...

Take control of not 3, or 4, but 7 characters at once in combat, switching between them to use Soul Points with the press of a button. Take your time to plan an assault strategically or use a character quickly and often if one is your favorite... Be careful though, you never know what the others are thinking if you focus too often on one...

Find and equip Souls taken from the slain enemies you've created or come across. These are your treasure chests. These are your armor and swords. As you equip them though... be ware, as some like to talk... a lot.

Leveling up your Infamy meter in this world will result in an Ability Tree selection for a character, and when you choose, their story will have a direct impact on the skill you select, resulting in you having to participate in their story to learn the new ability. Erzbet may ask you to help track down a violator of hers, Synella may be on the search for a sister or an appetizer, and Creep may be hunting down a mutinous crew member that resulted in her fate. Their stories will take place in the world around you, and you will participate.

Melee weapons and attacks, will only do so much damage, from the start of the game, to the end. It'll be up to your creativity with contaminating enemies with your Black Dragon Blood, and how to use your skills properly, that will let you move swiftly from fight to fight.

Customize your home base of operations, Castle Wyrmsgate, with the aid of the Fleshweaver to change the surroundings and make them more suitable to your personal tastes.