“I want to take the time to add more alien themes to the game to give players a unique survival experience based on ancient astronaut themes.
I'm also trying to add more fine details to the game world right now. Which I believe adds more depth to the game.”

“The game will be in Early Access for 6 months.”

“We plan to add an ancient rome level(which is already being worked on) , ancient egypt level and more ancient aliens related stuff(3d art, monsters, gameplay).
We plan to add features that players can build alien machines and buildings.
We are trying really hard to strike a good balance between story-telling and exploration.”

“You can play four levels. The first two levels will mainly function as introductory levels. The third level is where the main game starts. You can explore a beautifully crafted world lush with fauna and fight different types of enemies.”

“During Early Access, the game will be 30 percent cheaper.”

“The fourth and fifth level(ancient rome and egypt and spaceship) are not complete yet. I will post concept art for the environment and enemies for each level. Community members will be able to express their opinions about the postings. Which will help orient the game's direction greatly.
Our discord server will be made public on release so that everyone can join and discuss the game and express their opinions. Users can post their ideas and ask questions about the game freely.
Steam Community and Discord will the main platforms we use to communicate with the users.”

Travellers: the origin of the virus is an ancient astronaut survival action game.
As the name implies, you travel different types of survival environments each with a different theme.
The main theme of the game revolves around ancient astronaut theories. Playing the game, you will be able to find unique ancient alien artifacts and fight enemies each with different characteristics. You and your crewmates travel to different locations
to find the cure for the virus.
Come over to our discord channel 😊 https://discord.gg/rdMUdEVR 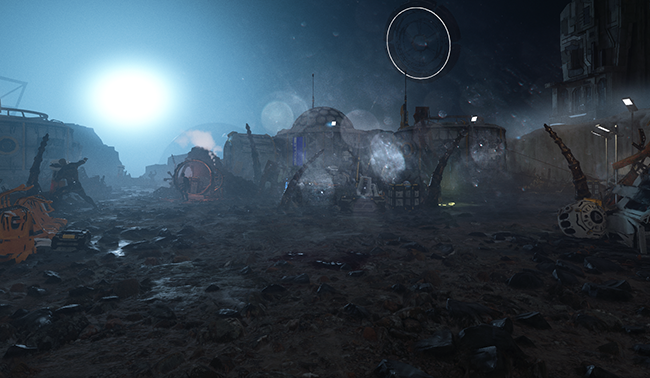