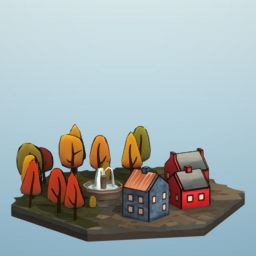 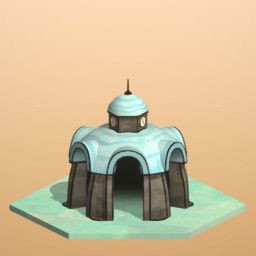 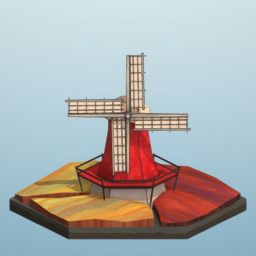 “Originally, we had set ourselves a timeframe of about a year for Dorfromantik, with the release falling on mid-late 2021. However, in our view Dorfromantik is already in a perfectly playable and stable state with all core features and lots of polishing already in place.

Dorfromantik is a peaceful and wholesome game and many of you are telling us that even the prototype helped you unwind in these globally harsh times. This has convinced us to bring Dorfromantik to the community earlier than we had originally planned. An Early Access release allows us to do this and improve the game with updates and the feedback from you, the players.

The Early Access version offers enough content to enjoy for many hours and will bring you a beautiful, relaxing experience. Also it can be a great distraction while sitting through boring Zoom calls ;)”

“We don't want to drag out the development of Dorfromantik unnecessarily, but continue to work towards the mid-late 2021 target for the full release.”

“The core mechanics of Dorfromantik are complete for us and we would now like to build on them with more complexity and variety. Next to a creative mode, we envision more biomes, more unlockable tiles (some with special behaviour), more options to collect points and more supported languages. But we also want to communicate quite openly and transparently where we don't want to go with Dorfromantik, namely: 4X strategy, trading & resource management, combat and multiplayer.”

“Dorfromantik is currently in a perfectly playable and stable state. There is a playable tutorial to learn the game mechanics and a classic game mode where you can improve your own highscore. There will be 3 playable biomes and 10 unlockable tiles on the Early Access release.”

“Yes, we would like to thank everyone who is already supporting us during Early Access with a reduced price for that period.”

“We are a small team of 4 Game Design students and have set ourselves a clear goal with Dorfromantik for the year 2021. We are happy with the current core gameplay mechanics and don't want to make any more big changes to it. We will read through all the community feedback and address it if we think it fits well with our ideas for Dorfromantik. We can also imagine leaving specific feature requests to the community via voting to decide what will be in implemented for the final game. Please note that we will mainly use the Community Hub in Steam or our Discord Server for all of this and communicate in English or German.”

“Life is hard. Sometimes games are hard, and that just reminds me that life is hard, and then everything feels too damn hard. Not early access city-builder Dorfromantik, though. That game is just the right amount of chill.”
Kotaku

“Dorfromantik activates what I think of as my meditative lizard brain, thanks to the tiny thrill of getting those hexes to fit together. It’s well-suited to casual engagement, and challenging enough for the score obsessed (myself included) to play it over and over.”
Vice

Dorfromantik is a relaxing building strategy and puzzle game in which you place tiles to create ever-growing, idyllic village landscapes. With Dorfromantik, you can immerse yourself in a quiet, peaceful world at any time and take a break from everyday life. At the same time, Dorfromantik offers a challenge for those who are looking for one: To beat the highscore, you need to carefully plan and strategically place your tiles.

In Dorfromantik you start with a stack of procedurally generated tiles. One after the other, you draw the top tile of the stack, place it on one available slot and rotate for the best fit. Thereby groups and combinations of landscapes are formed, such as forests, villages or water bodies, and you are rewarded with points depending on how well the tile fits.

On some tiles you will also encounter special objects that give you a quest: For example, the windmill wants to border 6 grain fields, the locomotive wants to be connected to 10 tracks or the deer wants to inhabit a forest with at least 50 trees. Fulfill these quests to get more tiles to continue the expansion of your landscape. The game ends when the tile stack is used up.

As you expand the landscape, you can advance into new, colorful biomes and discover pre-placed game objects that give you long-term tasks. Through these tasks you can unlock new tiles, new biomes and new quests.

What Dorfromantik does not offer

Dorfromantik was developed by four game design students from Berlin. Together we have founded Toukana Interactive and want to develop many more small, original and high-quality indie games in the future.

We are happy about constructive feedback of all kinds, so feel free to contact us! We will do our best to respond to messages quickly and fix any problems that may arise. :)