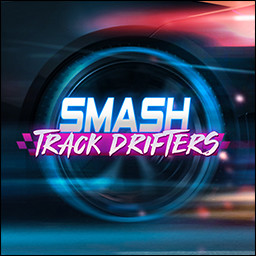 “As the game continues to grow, additional features will be added. More tracks, a marketplace for unlockables and many additional improvements to the game based on the roadmap I have planned.

A big reason is to gain feedback from the community on features they would like adding to the game, possibly suggest a DLC, race mode or alteration to the functionality which would improve the player experience.”

“I'm hoping to have the game through early access by month 4 of release.”

“The full game will have the addition of the marketplace and improvements as a result of the feedback given by the community.

More vehicles will be added throughout the early access period. Additional tracks for races will then be added, unlockable content from markeplace credit and improvements to the overall gameplay suggested by the community. Additionally, new Engine sounds and car vinyls will be introduced.”

“The game is fully functional it simply doesn't have all the features from the roadmap implemented yet.

In-game Smash Point Credit is gained from each race based on finishing position and accumulates ready for the marketplace features at a later date. Although some items are available now. You can compete online with upto 10 other real world players and also have the ability to create private races across all game modes for friends to race each other.”

“The Trello board to follow along, the discord channel, a community page on Steam and the game website will all be points of communication.”

Smash, track race and drift your way into first place with Smash Track Drifters. An online multiplayer arcade racing game. Explore single player challenges and multiplayer mayhem with upto 10 friends in a private match or take on the world in random online matchmaking.


Use in game smash points to unlock new wheels and test drive one of the early access vehicles to find your perfect ride. Take out the competition and gain top rewards from first place.

I hope you've got a lead foot!