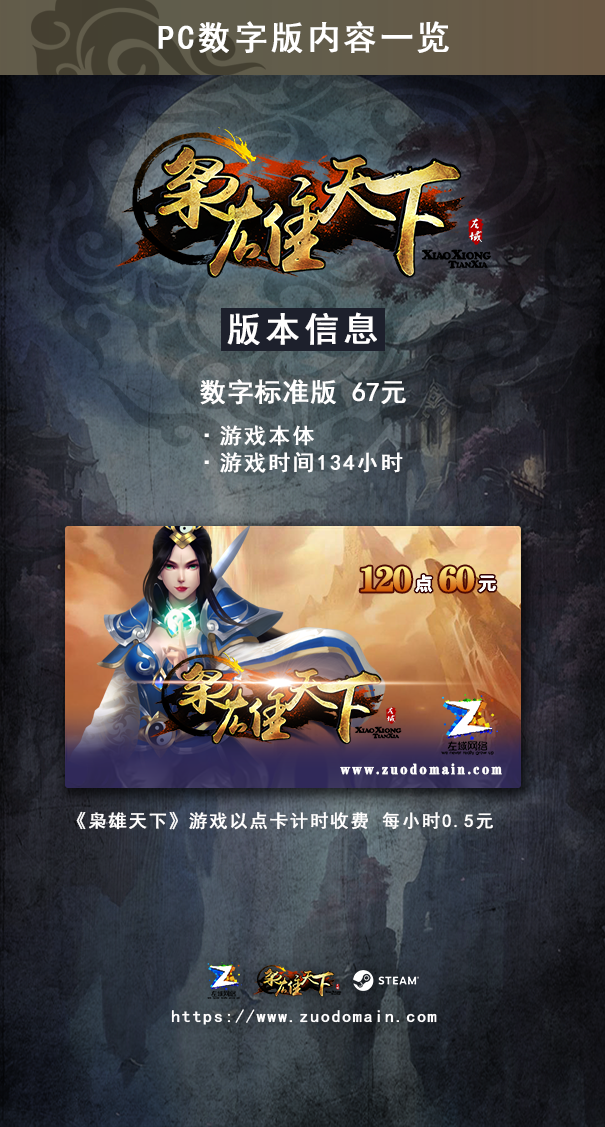 ou are welcome to pay attention to our official community and get the first-hand information of "Xiao Xiong Xia Xia".

Domestic players can feedback bugs and problems through the communication group.

Foreign players can feedback bugs and problems through email.


Domestic players can feedback bugs and problems through the communication group.

Foreign players can feedback bugs and problems through email.

Continue the legend of brotherhood
Through gorgeous game scenes, freely operating combat system, and thorough PK modes, you will definitely regain the enthusiasm hidden inside to fight with brothers like the good old days.
After upgrading, treasures are released anytime, and multi-line growth is available in new gaming mode. With massive magic weapons and tools, you will rule the prosperous Tang Dynasty and dominate the world faster and easier.

Kill with courage
Upgrading from the stand-alone instance zones brushing, automatic PK and monster killing mode adopted in most end games on the market, this game truly puts into effect strong interaction and real-time interaction, and users no longer play games through a single instance zone.
Instead, users need to complete missions, engage in battles, kill monsters, and interact in real time on a large map, and to generate benefits through interaction.

Thousands of players gathering in Tang dynasty
In addition to real-time interaction and willful PK on the big map, The World of Heroes has made a lot of effort in big scene battle and group battle modes which are essential to all war games.
Besides team battles in the wild, users can also experience the charm of city conquering with thousands of players in the game.
Based on its engine and scene technology, The World of Heroes can display up to 1,000 players on the same screen while ensuring game smoothness, and there is no delay or loss in character details and skills performance.
Battle scenes are made clearer, with battlefield movements more controllable anytime and anywhere. Combination of the three major careers provides the conquering battle more strategic diversity, rather than merely numerical comparison.

In this game, players will once again start the long-lost road of passion, relive brotherhood and the nostalgic and passionate years, and fight to the end for honor and brothers!