The Greatest Penguin Heist of All Time

The Greatest Penguin Heist of All Time is a physics-based heist game where you and your friends gear up to take on some of the most challenging heists conducted by penguins in penguin history.
All Reviews:
Very Positive (145) - 88% of the 145 user reviews for this game are positive.
Release Date:
Developer:
That Fish, That Other Fish
Publisher:
That Fish, That Other Fish
Tags
Popular user-defined tags for this product:
Early Access Heist Cartoony Sandbox Comedy Action-Adventure Choices Matter Funny Multiplayer Co-op Physics Action Intentionally Awkward Controls PvP Third-Person Shooter Stealth Character Customization Online Co-Op Combat Casual
+ 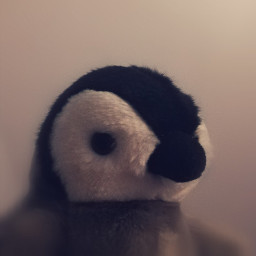 “Penguin Heist was decided to be Early Access due to the fact that the game is built around its community. We put player feedback near the top of our list when it comes to how we design our game. An Early Access release gives us a chance to get that player feedback during the development process as opposed to after it.

With this feedback we aim to shape Penguin Heist from a fun game to an excellent one.”

“We expect it to be in Early Access until Q1 2022, longer if the game sees a lot of support from the community which would mean that we will add even more content.”

“The main focus of Early Access will be to bring forth new maps, gadets, and weapons. Almost all gameplay mechanics are present in the Early Access version, so each Early Access update will be more of a free DLC with additional content.

New maps, items, clothes, and weapons will be added monthly (or even more frequently). In addition to this we want to enhance the audio and add a fully contextual soundtrack. We also want to rework the UI and optimize the game even more for low-end hardware.”

“The game is currently fully playable with multiple maps/heists available and lots of gadgets and weapons. There may be a few bugs in the game, but since every Early Access release is thoroughly tested beforehand, you shouldn't expect any game breaking bugs.”

“We do not intend on raising the price during Early Access, but we may do an increase once the full version is released if the total number of new features warrants it.”

“We have a Discord and a subreddit where we encourage players to actively participate. There you can make suggestions, report bugs, and discuss features with the developers. Throughout the process we will involve the community in finding out what new content is desired the most.

Buy The Greatest Penguin Heist of All Time

The Greatest Penguin Heist of All Time is the one and only 4 player CO-OP physics-based heist game featuring a bunch of kleptomanic penguins. You'll experience a blend of physics-based platforming with stealth and strategy, with full freedom to achieve the missions in your own way.

Being inspired by old school stealth and heist games, Penguin Heist aims to breathe new life into the genre with a modern physics engine along with multiplayer. You pick your mission, your loadout, and you set out to find and steal whatever needs to be stolen. Use your tools, weapons, and wit to infiltrate, steal, and exfiltrate as well as you can. Unlock new items by completing challenges and race against the clock to become the best penguin heist team ever.

No matter what level of expertise you are on, Penguin Heist will offer a challenge for everyone.

Penguin Heist features a variety of heist locations that all have their unique flair. One heist will have you stealing boats full of fish, another might have you stealing valuable works of art, and yet another may require you to kidnap an prized chef. However, it is the job of a penguin to figure out the way that they want to execute their heist. Loud or silent, lethal or non-lethal - there is no right answer... there is only the way you play!

To support all your heists you are provided with a base that exists in the most remote parts of Antarctica. In your base you have the possibility to construct new buildings, purchase new weapons and items for your heists, and find the perfect looking outfit for your penguin.

Just like old-school games you are required plan your heist with your team and choose the right loadouts and approach. This means you will have a lot of freedom to choose your approach from conventional to crazy.