A Fully persistent sandbox MMO that runs unstoppable and autonomous.
Prospect, Mine, Refine, Build, Fight, Craft, Trade and work with other players to build your empire.

Over the years the governments of the Earth became increasingly hostile and fractured. Alliances were formed and broken. Eventually 12 factions emerged in a semi-stable world order (or houses as they are now known). By this time the scale of weaponry available to the 12 factions was too powerful to use without exterminating all life on Earth. Consequently, when WWIII erupted, it wasn’t a kinetic war. It was an information and propaganda war that lasted well over a century. Intelligence agencies had taken over news and entertainment and shut down free speech entirely. Every piece of information, or rather disinformation, was curated. Nobody knew what was true or what was false.

The absence of a meaningfully informed population left the megacorporations free to do as they pleased. With regulatory capture, they simply pushed through laws and regulations that benefited them and their shareholders in the short term. The constant flux of “truth” in the disinformation campaigns made long term planning nearly moot, and also made it easy for the megacorporations to create and push their own narratives. 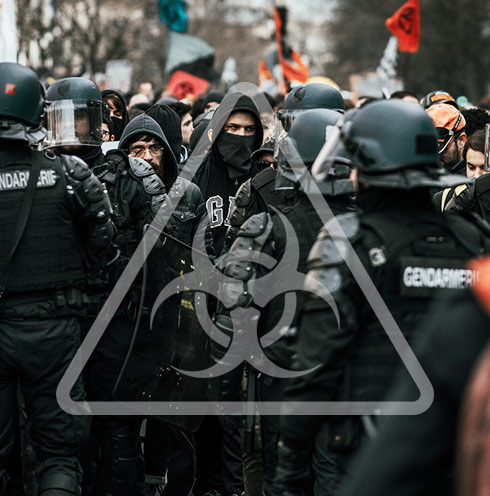 Environmental standards were dismantled, and all laws regarding genetic engineering were erased. Biotech companies produced ever more genetically modified plants and animals that required ever harsher pesticides, herbicides, and stronger antibiotics.

Eventually there was a crack in the social world zeitgeist and people began to reject government and corporate narratives that were clearly the opposite of reality. Mass protests turned into riots that were mostly crushed by government forces and private security forces hired by corporations. But for every casualty, the movements attracted 10x more people.

Behind the scenes the intelligence agencies ramped up misinformation campaigns against each other, blaming other factions for domestic and international problems. Following suit, the megacorps began environmental campaigns to support protesters against their competition.

Social cohesion in large urban centres was breaking down. Logistics chains for food, fuel, and consumer goods were crumbling. Protests got bigger and bigger and spilled over into suburban areas as well and degenerated into city-wide riots and looting.

Peak violence happened when the Jodon faction launched a limited nuclear strike against the Tydroid corporation’s main production city, Berlin, in order to satisfy public outcry that was flamed by a disinformation campaign from the Yonic corporation, Tydroid’s largest competitor.

Rather than continue the violence on Earth, the various factions and megacorps launched strikes against each other’s satellites in order to disrupt communications and push their own narratives.

The situation had become desperate, and in 2247 the 12 factions formed a discussion group called “The Houses” to bring an end to the worldwide violence. For several years they debated and discussed, until in 2251 they arrived at the conclusion that they’d all failed humanity, and that the Earth was doomed, poisoned beyond the point of no return. They would need to head for the stars if mankind were to survive.

Building starships to transport colonists would take 20 intense years, but not everyone would get to go.

Selection of people who would go to the stars took place under the authority of the technetronic elite in the 12 Houses. Only the best and brightest would have a seat reserved for them and their families. Billions would be left behind on the poisoned, dying Earth.

As the selections progressed, it became increasingly apparent to those that would be left behind that they weren’t going to be chosen. Human rights protests across the planet turned into full scale riots with many casualties. The world was thrown into chaos and society began to break down (even more).

But for the colonists all that was left behind. They would drift into cryosleep for a seeming eternity only to wake up as if no time had passed. There would be weeping as some cryopods had failed during the long journey, leaving only crusty bones and ashes where a living human should have been.

Three of the 12 Houses, House Jodon, Reubo and Ephrati, would colonise planets in 3 nearby solar systems in a distant sector of the galaxy. The fates of the other 9 Houses are unknown.

THE PLANETS, THE SIGNAL, THE MISSION…

Three of the 12 Houses, House Jodon, Reubo and Ephrati, would colonise planets in 3 nearby solar systems in a distant sector of the galaxy. The fates of the other 9 Houses are unknown.

House Jodon landed on and colonised Lionis. This volcanic planet has 1 side perpetually facing its sun, making only a thin band around the planet habitable. Nevertheless, rich and fertile soil along that thin band would ensure their survival.

House Reubo landed on and colonised Aquarion. This planet is over 97% covered by water. Adapting to their new environment would require innovative solutions for land use and infrastructure. Unsurprisingly, science and innovation are highly valued by the Reubos who pride themselves on being rational and practical.

House Ephrati landed on and colonised Verdis. This lush and green planet is inhabited by many predatory animals and dangerous foliage.

Several years ago a strange and indecipherable signal was received. It was clearly created by intelligent life and was traced back to a planet orbiting a nearby brown dwarf star. Speculation was rampant. What or who created it? What did it mean? What did it say?

Each House prepared small scouting missions to investigate. This was no mean feat as resources for interstellar travel were highly scarce. Expectations were similarly high. 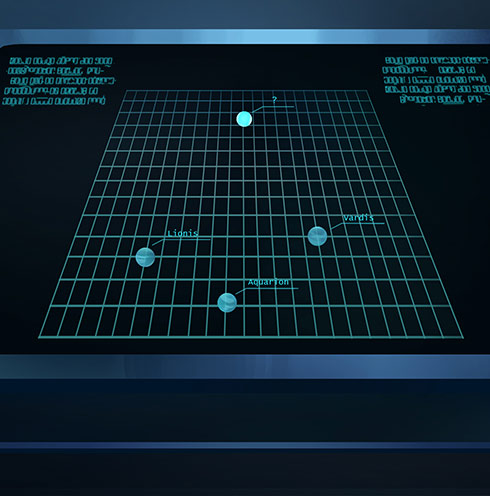 Initial reports from the missions were impressive. The planet was rich in natural resources beyond their most hopeful expectations. Mining operations would be wildly profitable and would alleviate strict resource rationing back home on Lionis, Aquarion and Verdis.

It was the Ephrati who first discovered an ancient tower, presumably built by the same intelligent life that sent the signal. The tower stood high, disappearing into the clouds above.

Venturing into the tower on foot, the Ephrati expedition team marveled at the architecture and strange symbols and pictures carved into the walls, floors and ceilings. But it was one in particular that caught their attention. It was written in an old Earth language. “Taurion.” Who could the beings that built this be? And why would an old Earth tongue be written in here? Speculation, conjecture, and wild conspiracy theories were rampant on the net.

Other ancient buildings would also be found scattered around the planet.

Back home each House prepared to send people to Taurion. Excitement was high and people eagerly began training for the challenges that would await them on Taurion.