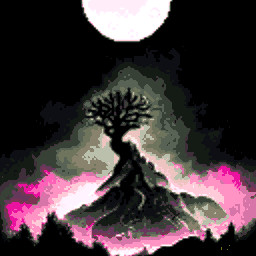 “Early Access is an opportunity to get the community involved in the development and the direction of Moondrop. The game has great bones, but it needs many playtesters (with their ideas, bug reports, and enthusiasm) to make Moondrop magical. I truly believe that kind of community involvement is key to making the best game possible.”

“The game will be in Early Access until the first half of 2023.”

“The initial release of the Early Access version will have a procedurally-generated trail with eight of the planned twelve puzzles to solve and will only have a single seasonal 'theme'. The final version will have four additional puzzles, varying levels of puzzle difficulty as you ascend the mountain, and NPCs to run into, barter with, or run away from on the mountain. I plan to add in additional perks, items, blueprints, and seeds, new potions and plant types, and more fun things to do on the mountain.”

“The game is a complete game in its initial Early Access build. All the features listed in the "About This Game" section have been implemented.”

“The game will increase in price when it reaches the full version. The exact increase is dependent on how much additional content is added and by how much the scope expands. (Spoiler alert: the scope is always expanding. This game started off as a Seven Day Roguelike Challenge.)”

“I love hearing people's ideas about how to improve the game. A wider community providing input gives me more ideas and more perspectives. They can help balance the game, pointing out which combos of perks and potions are game-breaking (in a non-fun way) or which upgrades are not worth taking. They offer perspectives outside my own and come up with ideas I never would have considered. I'm excited to hear what they come up with!”
Read more

It's tough farming on an ever-changing mountain - when the mists roll in, everything disappears! Still, the mountainside has good soil and its twisty trails hold treasure and secrets. Use your skill at farming, crafting, and alchemy to hold back the vanishing mists. When they inevitably arrive, return to the abandoned village of Oncewas with your goods. As you rebuild it, the returning villagers will unlock new upgrades and powers for future farms.

The peculiar crops that grow on Moondrop are particular plants. They must be matched up with their neighbors in order to flower and flourish. Exotic plants will warp across the farm, clone themselves, or eat neighboring crops. A farmer who can wrangle these weird and wily crops will make a substantial profit. The famously finicky mistberry is difficult to grow, but it will hold off the vanishing mists and keep the farm in place for a few more days.

Every hike up the misty mountain offers a new trail to explore. Discover new seeds, perks, and blueprints hidden away along the procedurally-generated trails. Each discovery will unlock new possibilities on the next farm. Solve puzzles to learn the secrets of the mountain, or just spend the day fishing.

Rebuild the Village of Oncewas 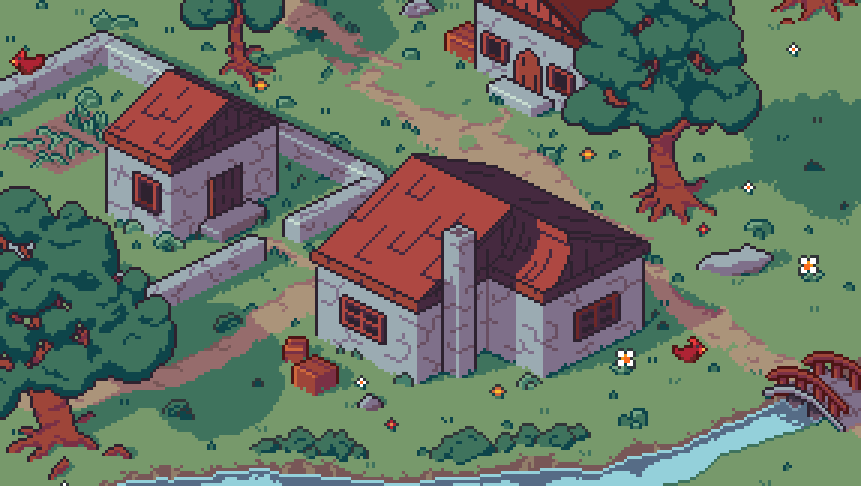 Like the ocean tides, the vanishing mists cannot be held at bay forever. When they arrive, return to the ruins of a once-thriving village. Use the resources you've collected to rebuild the town from the ground up. The people who move back in, be they blacksmith or fortune teller, will help you on your next farm. Restore Oncewas to its former glory and unlock upgrades.

Like the winter frost, the vanishing mists eventually recede. Return to the mountainside and begin anew. Use the knowledge you've learned and the seeds that you've earned to build a better farm. With persistence and the support of the villagers of Oncewas, you will one day reach the top of the mountain.