Check out the entire Monster Hunter franchise on Steam 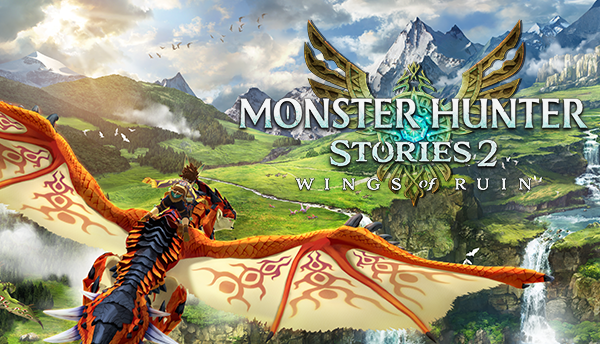 In this demo for Monster Hunter Stories 2: Wings of Ruin, players are able to play the opening portion of the game for free. Save data from the demo can be carried over to the retail version.

Monster Hunter Stories is an RPG that gives players a chance to explore the world of Monster Hunter as a “Rider” who develops bonds with, raises, and coexists with monsters. A brand new story of kinship begins to unfold in this second installment of the series.

STORY
A world in which all traces of Rathalos have disappeared.

The protagonist, a direct descendant of the great Rider named Red, has a fateful encounter with a young Wyverian girl named Ena who entrusts him with a mysterious egg.

A Rathalos with small black wings – one that closely resembles the legendary Razewing Ratha – hatches from the egg.

The protagonist and companions embark on a journey of hope and destruction as they seek to uncover the truth behind the abnormalities going on around them.