The sequel to Lawgivers is in the works!! Join our communities and contribute to one of the most ambitious political simulation game! 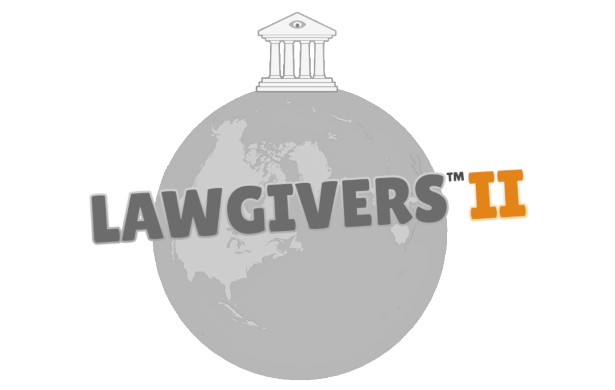 Lawgivers II is a political sandbox game which offers multiple ways to experience the process of ruling and approving bills. Start your political adventure from the very bottom and perhaps lead your nation one day to become the most influential in the world.

The game comes with a world map featuring the most well-known nations and up to two levels of administrative subdivisions. Players will have comfortable filters to display population, relations, gdp growth, election outcomes by districs, etc.

Enter the parliament/congress with your lawmakers to approve or abolish laws in a much expanded and realistic way. Elect the speaker of the house to watch over parliamentary democracy and set up committees for personalized laws. Request a secret vote, or ask for impeachment. Many graphs will assist players with their choice.

Run for the highest seat in presidential and semi-presidential republics or become the prime minister in parliamentary republics. Form a government alone or with a coalition of party and try to survive motions of no confidence. Bypass the parliament if necessary to satisfy your needs but be prepared to face the consequences.

Personalize and approve laws like never before. With constitutional amendments you can control the workflow of the most important institutions of the country. Players will enjoy total freedom of choosing whether to insert a bill in constitution or just approve it as an ordinary law.

In Lawgivers II all lawmakers will have their own opinion about laws and way to rule. If there are to many points of view in a party, some politicians might leave it or found another one. Check out their personal history and be sure to have their trust.

Organisations and Lobbies might achieve a lot of influence in your country. Ask them for support by hiring one of their gentlemen or try to practice honest and clean politics.

Raise your influence over the world and secure important resources for your country. Corrupt other parties in poorer countries or organise "legal" referendums to annect other regions. Enter war with other nations in order to reach economic and political supremacy.

Join with your friends in a coalition to form the government, rr simply stay in opposition and get ready for your first chance to grab power. (The multiplayer will be available at a later development stage)

The game will come with Steamworks support. Modders will be able to add new countries, laws, events, resources, ideologies and more content just with a simple text editor. The appearance of lawmakers will be completely cutomizable too so you can deisgn and import your favourite politicians.