“We expect to go to full launch in two months from Early Access launch. The game will continue to be updated with new features and content even after the full release.”

“We plan to add more skills and heroes in the full version. Meanwhile we will also revise the combat and game development again.

Including: Hero Athena (name undecided yet).
Hero Athena evolves to the corresponding star level to unlock three different levels of skills.
Athena’s Flame: Use the power of the Olympus to resurrect a friendly army that has been killed.
Athena’s Bless+: Use Athena’s Blessing to cause damage to the enemies in front of you.
Athena’s Wisdom: Athena's wisdom can increase the healing effects of all friendly troops on the battlefield.”

“The Early Access version at this stage provides 4 languages: Simplified, English, Traditional and Korean. It contains 18 different heroes, 14 skills and unlimited levels. In order to give players a more exciting playing experience, we also provide the playing method of the arena.

The game adopts a level mechanism. Players can obtain different heroes in the game and defeat unknown enemies entrenched in levels in different scenes. Each player will experience different skills for each hero in the game. Players can restart each time they fail. Set up an array to defeat the enemy.”

“We expect to raise the price of the game when it transits into full release as we expand the game, add content and new features.”

“All feedback is taken into consideration. We are excited to hear from you, Steam Forums are great ways to leave your suggestion. We will also post update notes on Twitter and Facebook.”

Mini Warriors: Brawler Army is a mix of strategy and action. Deploy your army of hundreds, join them into the battlefield surrounded by the enemies, control the commander to assault, hack and slash, then win.

The game uses random maps. The player needs to explore new level and fight against different enemies every time, the battle scenes will reset upon the player’s death and different levels. 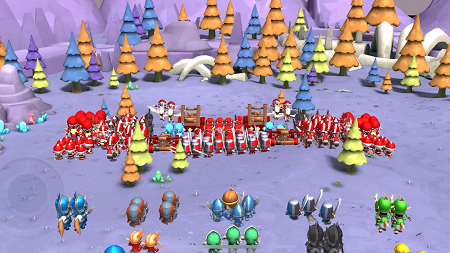 For now, there are eighteen different heroes available. Each hero can lead troops to form an army.Each of them has their own play style. Deploy your army of hundreds, join them into the battlefield surrounded by the enemies, control the commander to assault, hack and slash. 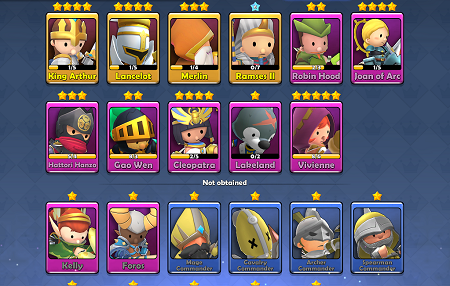