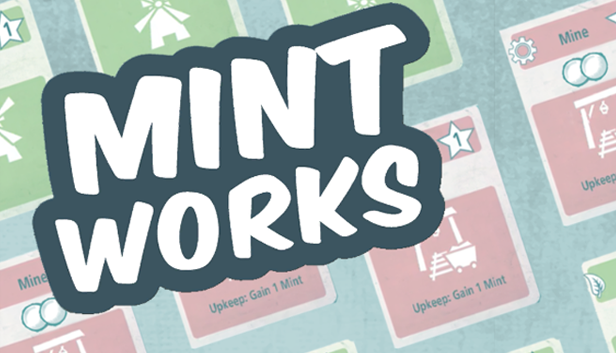 Mint Works is a simple worker placement game that plays in about 20 minutes.

The game is uncomplicated enough to introduce new gamers to the concept of worker placement, while also having enough depth to keep the experienced gamer interested. Players will have a limited amount of workers (mint tokens) that allow them to purchase more workers or buy and build plans. Building plans gives players access to additional abilities and the victory points necessary to win the game. Once a player reaches seven victory points, (or the plans run out) the game is ended at the end of the round. Whoever has the most points at the end of the final round wins the game!

This digital version includes all the cards and rules from the retail version, with the advantage of having quick matches, great animations, sound effects and catchy music. Play online with friends, in pass and play on same device or even practice with 4 different Artificial Intelligences!