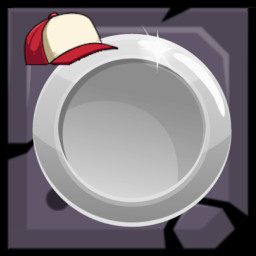 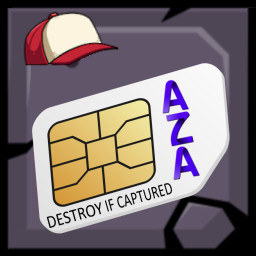 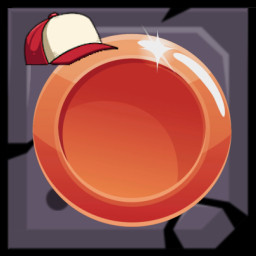 The story that inspires the game is very typical: virus attacks mankind turning most of them into zombies only a few, the strongest one, manage to overcome the virus and remain as normal people. From a central office in the city, a Human Resistence leader, hires Red Cap as ZOMBIE HUNTER.

In order to meet the leader of the resistance, Red Cap must travel to the city where at the top of a skyscrape is the barracks, continually besieged by zombies, of the Anti-Zombies Army.

The travel to the city is divided into 2 stages of 5 levels each.

In the first stage, Red Cap decides to take the shortest path to the city, which is the one through the cemetery. There he will face the first zombies, enter a royal tomb and explore the catacombs until he finds the exit and can quickly head towards the city.

In the second stage, when he finally reaches the city, he finds a bleak panorama: in the parks the children have already become zombies, the citizens who are still normal and the zombies share the streets. When he passed a construction site, the zombie workers tried to eat him. Some policemen turned into zombies fire their guns. Red Cap will be forced to use the subway to avoid the streets and get to the Anti-Zombies Army (AZA) office as soon as possible.

With the coins and treasures that Red Cap will find along the way in the game shop, you can buy, among other things, such fun devices as eShield (Electronic Shield), Laser Wheel or a Robot that will accompany you as your faithful friend. (see the videos)

Using the button that looks like a photo camera you can take a screenshot that will be stored on your device and that you can easily share on your social networks and challenge your friends to beat your times. 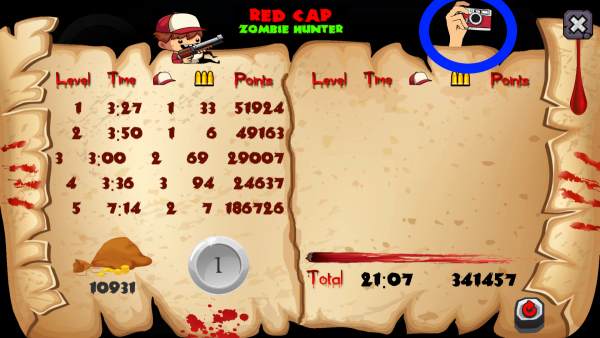 The game is not a run and kill since in each level by the disposition of the traps and the enemies it presents challenges that player will have to overcome with cunning and skill. Sometimes standing still and waiting, sometimes taking the path above and other times running down the path below.

It is certainly a game that you will not end up playing for 10 minutes, you will surely need hours, and even days, to successfully complete the 10 levels.