Killer in the cabin

Killer in the cabin
Developer
Games People Play
Publisher
Games People Play
You find yourself among a group of survivors of a bus crash in the Norwegian mountains. Rescue is several days away, so to make it out alive, you and the other players have to cooperate in finding shelter, food and water. But one of you is a killer.
All Reviews:
7 user reviews - Need more user reviews to generate a score
Release Date:
Developer:
Games People Play
Publisher:
Games People Play
Tags
Popular user-defined tags for this product:
Action Conspiracy Adventure Crime Survival Strategy Action-Adventure Battle Royale Exploration Political Sim Colorful Realistic Third Person Crafting Multiplayer PvP Team-Based Online Co-Op Early Access Social Deduction
+
Reviews
All Reviews:
7 user reviews () All Time 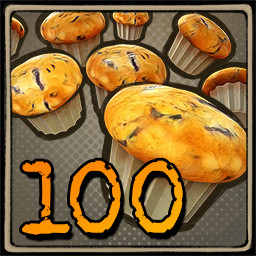 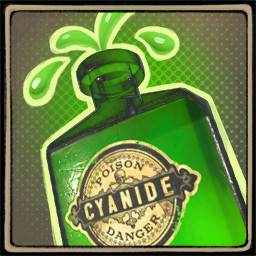 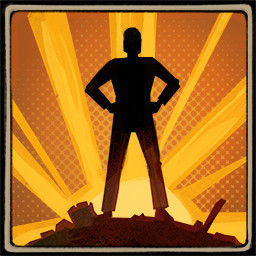 “Being an online social survival game, we believe that it is crucial that the game is developed with the feedback from the players. We have created the core game experience according to our initial vision. We will use early access to improve and expand the game based on the requests and discussions with our early access players.”

“Our initial plan is to be in early access for 6 months, but this will of course depend on the feedback and requests from our players.”

“There are several things that we would like to add and improve, our intent is to use early access to make sure we implement all the things that the game needs and our players want. We expect improvements around:

More survival tasks to do, and ways to kill.
Ensure that our moderation mechanics ensure positive fun game sessions when playing with randoms from the internet.
More meta-game content and features to ensure that the game stays fun to play.
Balancing survival and combat aspect for both new players and hardcore fans.”

“You can start a new online game session, or join an existing one.
Choose between 10 different characters in the lobby and cosmetic items
In the games sessions:
One of the players will get the role as killer
Explore the areas for items and resources
Cook meals for the party
Man the well pump to ensure water supply
Sleep to regain stamina
Strangle sleeping players
Chop wood and fire up the fireplace for heat
Start a vote for the one you think is the killer
Use items such as poison, bleach, keys and antidote for strategic advantages
Hunt wolves for meat
Find a fishing rod to catch fish
Use knife, axe, rifle or fist to deal damage
In-game voice tied to the gameplay; you are muted if someone attacks you or you are sleeping. Dead players are placed in graveyard chat where they can talk among themselves and listen in on the surviving players (but not talk to the current survivors)
Spectate the other players when you are dead

By completing a game session you:
Gain experience to unlock cosmetic items
Update your skill score that shows how good you are at the game
Update the karma score based on if you have positive non-toxic behavior. Good karma will increase the chances of becoming the killer. A very low karma score will stop you from being able to play the game.”

“It is likely that we will increase the price a bit once we do the full release.”

“We will be using the Steam forums and our Discord server to engage with players, collect their feedback, communicate what we are working on and what is on the roadmap.”

Buy Killer in the cabin

You find yourself among a group of survivors of a bus crash in the Norwegian mountains. Rescue is several days away, so to make it out alive, you and the other players have to cooperate in finding shelter, food and water.

But one of you is a killer.

The game is a social survival game. The goal is to make sure as many players as possible survive until help comes. Each game session is maximum 15 minutes long and with up to 8 players. To succeed you need to search the area for loot and share resources with the other players to be able to create meals for the party, keep the cabin warm, and ensure a sufficient supply of water. Communication is vital to make sure you cooperate efficiently on the different tasks, as well as a means for exposing the killer.

You can start a vote for who the killer is at any time, and if more than half of the players agree, the respective player dies. But you won’t know if you have voted off the actual killer before the end of the game session.

Sharing information with the other players is critical to stay safe and to expose the killer.

Unless you are a killer of course. As a killer you have a range of different options for how to terminate the other players, but you have to be stealthy. Blunt violence is seldom a good idea, at least not before you have thinned the horde. Poison the food, or one of the ingredients, strangle a sleeping player, sabotage the survival efforts, and any other devious thing you can come up with. But your voice is the most powerful weapon, nothing is more suspicious than a quiet killer. And if you play your cards right, you can get the innocent players killing off each other.

The game requires a microphone to take part in the social interaction that is critical to the game experience.