“A highly moddable sandbox factory automation / base building / colony simulation is a great candidate for an Early Access title. With help of early community feedback we can build something wonderful together!

This is a passion project, and it will be developed regardless of it's success in Early Access.”

“Full version will have more content, a well balanced gameplay along with advanced features, like:
- Advanced space travel. Your ship will be able to jump through sectors of space to encounter various points of interest
- Asteroid mining
- Landing on planets
- Multiple play scenarios (restore a wrecked ship, build a space base from scratch, take over an existing ship and maintain it, etc)
- Different AI storyteller implementations

Please refer to "About This" for a bigger list of planned features and their implementation status.”

“Big part of core mechanics are already implemented. All the basic features and content that is required for base building are there already. Advanced features that are part of core gameplay (Electricity grid, Oxygen and Heat simulation, Fire spread, Procedural ship generation, etc) are already there. Please refer to list of features mentioned in "About This" section for a more detailed and up to date list.”

“Price will be gradually raised to reflect the amount of content and features that are available.”

“Community feedback will play an integral role in choosing the roadmap and feature priorities. We want to build a game you will want to play, and we will listen to what you have to say!

You can (and should!) press F1 anywhere in the game to open up a feedback form, and report bugs and suggestions. This feedback system will send us a screenshot and your save, so we can reproduce bugs easily and fix them within a day! This feedback system is used extensively during closed alpha playtesting already. 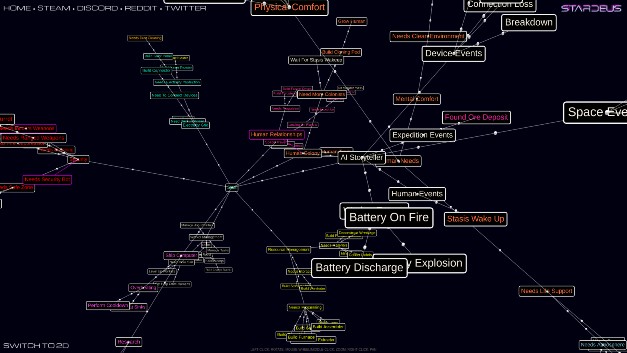 Earth has perished. Human kind has built massive spaceships called arks to travel through space and to find habitable planets. People have been put into stasis while the ship’s AI is tasked to build a new colony.

Then something terrible rips the ship into pieces. The Ship's AI goes into consciousness override mode and selects your neural network to place into the system to take control of the disaster recovery procedure. Use your worker robots and drones to rebuild the ship, restore the ecosystem, and ensure the survival of the human kind.

The future of the rest of humanity is in your control. Just be aware that the suffocating coldness of space is not the only thing you should worry about. What are you going to do?

Game is in active development since early 2020. When the game will have enough content to entertain you for at least a week, when all core systems are implemented, no obvious bugs will be left, and good amount of polish will be added, it will be time to release it into Early Access.

Features already in the game