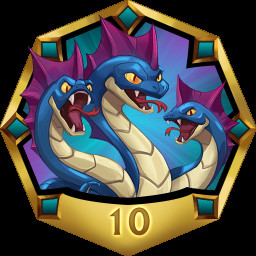 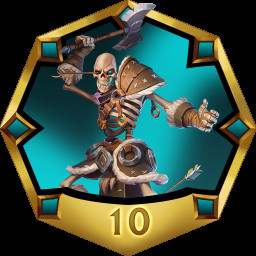 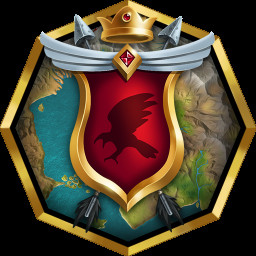 “Early Access allows us to continue to develop the game with the support and help of our amazing community. While the game is already rich in content and features, we believe that the opportunity to work directly with players and collect feedback is an essential next step before official release. We're looking forward to working with the PC Steam community to achieve that final step and bring new changes to the game over time that will help optimize the experience on the platform.

As the Early Access period progresses, we'll introduce free content updates that bring new features into the game, gameplay optimizations, and more. The community will help play a critical role in shaping the game's progress during this time!”

“We intend to give the game the time it needs on PC Early Access to optimize the experience on PC, which we estimate could be released within a year depending on feedback. Updates on the game's progress will be shared via our community channels as Early Access progresses.”

“Throughout Early Access, we'll introduce free updates with new features, new heroes, and more modes optimized for the PC experience. We'll also be tuning the experience based on player feedback, especially in areas like puzzle combat, controller support, and more.

With the community's help, the official release will be the fully realized Puzzle Quest 3 experience on PC.”

“Puzzle Quest 3 is launching on Early Access as a free-to-play title with the story fully playable from start to finish across five different classes. The game is rich with various features ready to be played - including PVP, real-time coop, and upcoming live events.

We're launching a fully playable Puzzle Quest experience; however, we want to take the time to flesh out the gameplay and features on PC before heading into our official release. We're looking for ample players to take on as many battles and quests as possible to help us achieve this.”

“Puzzle Quest 3 will remain a free-to-play experience throughout Early Access and the official release.”

“The Puzzle Quest 3 team utilize a variety of spaces to receive feedback from our community. Both the development and community team frequent our official forums. We use this feedback internally to change, balance, provide quality of life updates, and shape the game into something that works for ourselves and our community.

Additionally, we have monthly developer streams where we will preview updates or changes, plus answer questions from the community.”

Master strategic match-3 combat in Puzzle Quest 3, the all-new installment to the globally renowned puzzle-RPG franchise. Prepare yourself for an epic journey across Etheria, a dangerous fantasy realm filled with enemies to conquer and loyal allies to recruit.

Explore mythical dungeons, uncover valuable loot, and unlock epic gear as you embark on a brand-new epic storyline to become the next Puzzle Quest legend!

Match gems in any direction to charge up your spells and unleash powerful attacks in action-packed 1-on-1 battles. A lot can happen in a single turn - planning ahead is the key to victory.

Embark on a Hero’s Journey

Choose the hero you want to be! Play as a Paladin, Berserker, Shaman, Assassin, or Necromancer, and discover a variety of storylines as you level up, build your hero’s skills, and acquire new weapons, armor, and more!


Paladin:
Holy warriors from the Agarian Kingdoms. Highly sought after, their aura of protective magic can extend out to cover all their companions.

Berzerker:
Fearsome warriors from the Northern plains beyond Theira. They can enter a ferocious rage where every strike is deadly.

Shaman:
With a strange eclectic mixture of healing and poisoning skills, Shamans hail from the southern jungles where they are both feared and revered by their people.

Assassin:
Silent killers of the night, Assassins excel at disabling their enemies in multiple ways and then ending them with a single decisive strike.

Necromancer:
Hailing from the chilly citadels of Skelheim in the borderlands, Necromancers are mysterious masters of both cold and death magics.

Battle fellow heroes in PVP and climb the leaderboards, or form an alliance with up to three friends and traverse the deepest dungeons together in real-time!

Become the hero of your own making by gaining experience and loot from your quests. Select from hundreds of different weapons and armor to sharpen your combat skills and take on increasingly powerful foes.

Defeat your enemies and complete quests to obtain valuable loot, then upgrade your gear and prepare for the next battle.

Stay tuned for regular updates and new events, including new quests to complete and bounties to claim.