“We want to deliver the game to the community as soon as possible, but creation of the Dinosaurs and doing the background research takes time and energy.
Therfore not all of the listed characters will be avaliabe all at once.
The different characters will get added to the game over time during the Early Access phase and as such, changes to the models, animation and sound are going to happen.

During the Early Access phase we will do our best to fix the Bugs that occur as fast as we can and make adjustments to the game based on the community feedback.”

“The Early Access phase will take approximately 1-2 years, please keep in mind that unforseen things can happen during the development of an indie game,
which ultimately means the time can vary and a release may take longer than expected.”

“The Release version of the game will have a more complex survival system with a Talent/Perk system,
which is influenced by the selected player character and they interact with other players and the world.
There will be a total of at least 13 playable Dinosaurs, spanning from Herbivores, over Carnivores to Omnivores, with more species aimed to being added after release.
Creatures are going to have more different customizable skins (tbd)
The base map spans a Larger and more complex footprint with multiple biomes, such as Forests/Jungle, Grass-and Wastelands as well as Beachsides.
This Landscape will have story elements hidden in various places around the map, which are up to the player to find, uncovering secrets.
All of mentioned existing Early Access Features will be polished and brought up to date.
After the Game's release, there are going to be scheduled updates adding more content, such as eventual new dinosaurs, map updates or bug fixes.”

“We already have the core survival features, like hunger, thirst, stamina and air ready,
together with two playable Dinosaurs and a basic map to start with.
Players can communicate trough calls as well as trough a global Chat.
They also have the ability to form groups, which they stay in even after a reconnect to the game.
All Character values, such as the selected skin, color, stats and their belonging savefile are persistent.
Over time we will add more Creatures and polish the current ones, as well as expand and work on the Map.”

“No, the price will not change.”

“We always have an open ear for your feedback!
All wishes and reports from the community will be discussed in our team and flow directly into our development process.
If changes or eventual additions makes sense, we will try to implement them in the best way that´s possible for us.
The fastest way to get in contact with us is to join our Discord-Server (https://discord.gg/nR6QQyk),
where you have the ability to directly chat with the game's dev team -
but we also will constantly monitor our Steam forum and group for your voices.”

Sanctuary Island will be a Survival Sandbox game where you play as a Dinosaur of your choice.
While you explore the world you will meet other players who are also Dinosaurs, some will be friendly, some may try to hunt you down for food.
It will be a hard world, but nothing will be impossible.
You may find a group which increases your chance of survival, all while learning about the secrets of the world and discover its mysteries. 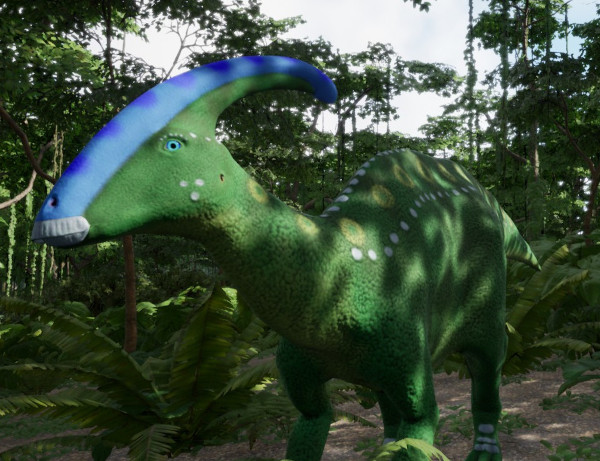 You will be able to find some Story elements hidden on the map and may find out the truth about this place.

Interaction with other Players

Players will be able to interact with other players in multiple ways.
It will be possible to fight each other to get food,
as well as being able to play social minigames with your group members to increase the chance of survival of yourself and your group.

What Dinosaurs will be available?

There will be multiple Dinosaurs available for the players.
To mention some currently planned examples:

Keep in mind this Game is still in Development and there will be more content comming in future.
We are also thinking about Playable Flyers and aquatic life.
We strive to make our Dinosaurs as accurate as possible, so Raptors and some future theropods will have Feathers. 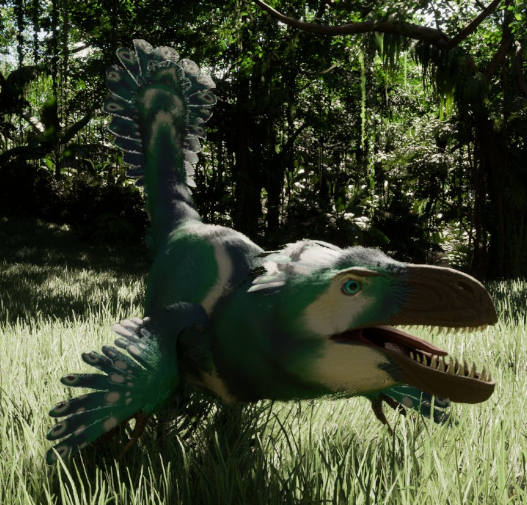 The game will have an Early Access Phase to polish its contents and react to the feedback of the community.