“We are in the process of developing Animalia Survival and as this is a dream that come true for many animal and survival game lovers, we would like you to be able to follow it from the beginning.
The base of the game is already finished and playable, during early access we will develop specific mechanics, new systems and new game modes, all based on community feedback to make Animalia a reference in the animal survival category.”

“We do not have a confirmed release date for the final version of Animalia yet, but we are working to have it completed by the end of 2022. Until then we hope that you can join us on this journey.”

“In addition to new animals and the mechanics that are currently being developed, the final version of Animalia will have new game modes, except for the already known Survival and Sandbox, other systems that will add greater fluidity in gameplay and character customization will also be part of the game.”

“The game is in Alpha version, but fully playable. Currently it is possible to choose between servers with Survival or Sandbox game modes, plus the possibility of creating your own server. In Survival mode, the task is to grow and develop, surviving from juvie to adult, alone or in a group. In Sandbox mode all animals already added to the game are available in all of their growing stages.”

“We plan to increase the price of the game after it is released in its final version, after the planned mechanics, game modes and animals are all added to the game.”

“All the Animalia Survival players, supporters and content creators feedback and opinions, are very important to us, because this way we can improve the game more and more and meet your expectations for its development and a more complete game.

For more news and discutions, join our discord comunity: https://discord.gg/waEzeKT”

Can you imagine what it would be like to live as an african lion? Or what it'd be like to be apart of a giant buffalo herd in the african plains? Maybe you'll be chosen as the elephants family matriarch, or choose to be a nile crocodile, lurking beneath the water ready to lunge at prey at any second.
Whatever path you choose, the choice is yours.
Make the correct choices in order to see the next sunrise hanging over the savannahs horizon, and stay strong and alert in order to survive the ultimate battle between life or death! 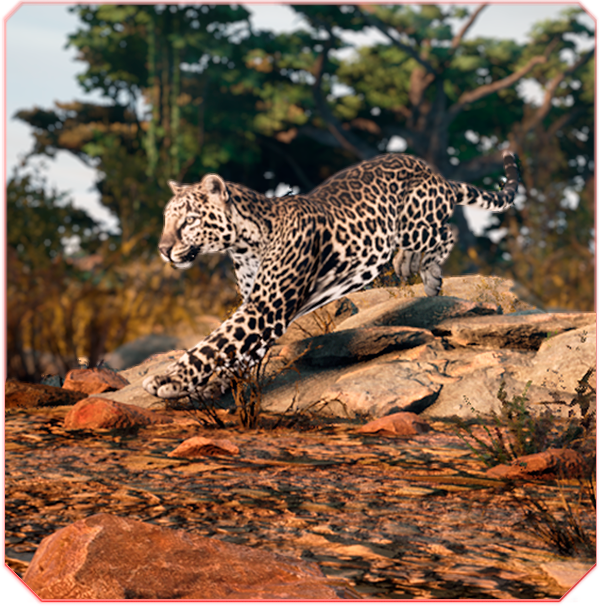 In Animalia you can live as your favourite animals! Fight and search across the land for food and water whilst doing your best to avoid predators, potential threats and rivals. Animalia is a game centered around the life cycle of the animal you've chosen, whether that be a buffalo, african lion, gazelle and more!
The first scenery you'll come across on your journey to survival is the African continent. Here, you'll find all the typical species you'd find in real world Africa today, accompanied by a rich ecosystem and AI animals. Animalia is an online multiplayer survival game, allowing you to play with new or existing friends, surviving the African environment together in real time!

Animalia also offers you an amazing opportunity to choose and protect your territory, whilst also surviving as your favourite species from the animals perspective. Animalia is a must have for animal enthusiasts and survival simulator lovers.