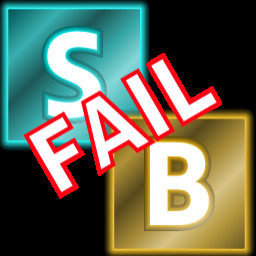 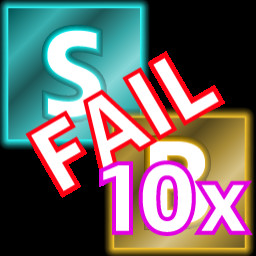 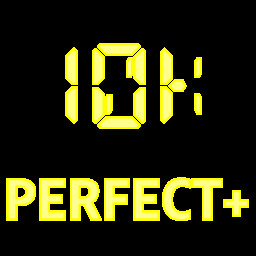 “1. Most importantly, MORE TUNES and a BETTER UNLOCK SYSTEM!
Having more tunes is always fun, and we definitely want more unlocked-by-default songs!
Also, we want to know how hard should the 'unlock system' be (further explanation in 'current state.') As it stands now, it may feel slow to you. We want to hear about it from you!

We're looking at the 80's 'future'-ish art style while fusing some modern art style!
The visual in this game is kept relatively simple to allow for low-end PC to run it.
More visual candies may be great, but it is certainly no good when they lower the performance!
Your play experience will help us find the balance between the great game experience and the engaging visual!”

“The initial prospect had to be scrapped; adding songs was time-consuming than we anticipated.
Our set goal was to have 30 songs at least before the full release. This goal hasn't changed yet because we believe this is the number to add more ways to play this game without reusing the same song too much. This process may take more than a year.
Even after the early access period, we also plan to support the game further.”

“Yes, it will change! Based on the number of music included in the base game, we plan to bump the price at some points. But note that this won't happen too often; we expect the price raise to occur every a few tens of songs added.”

“1. Help us with correctly assessing the difficulty!
Deciding all the Level ratings by one guy is not easy because it'll be easily biased. You players playing, clearing, or failing (FAILING IS ESPECIALLY IMPORTANT. If you dear players keep clearing everything, that means we have to go all out!!) the stage really helps to give us a better idea of how the level rating should be balanced.

2. Ideas for songs. What genre of music do you wish to play?
Do you need slow tunes or more full-fledged-go-cry-in-the-corner types of demonic songs? Any specific genres?

If you have an idea about those issues, tell us in the Steam Community forum!
If you encounter a bug, please head to the support page and contact us!”

A simple rhythm action game with the simple controls of tapping and holding the keyboard, but what on earth is that above?
Yes, you need to pay attention to those as well!
Can you handle the 8-lane madness? 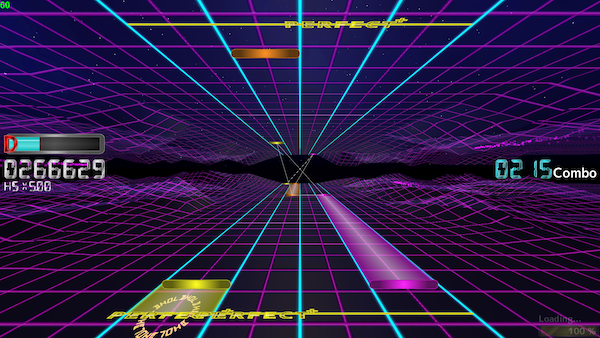 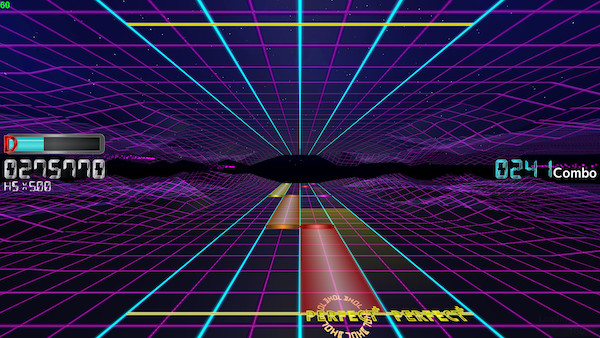 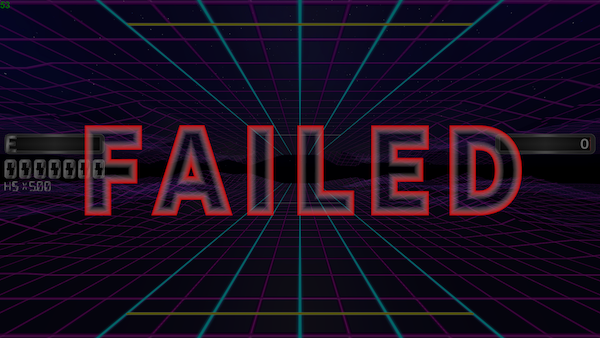 Statistics are your friends!

Analyze your gameplay with in-depth statistics in the Result Screen! 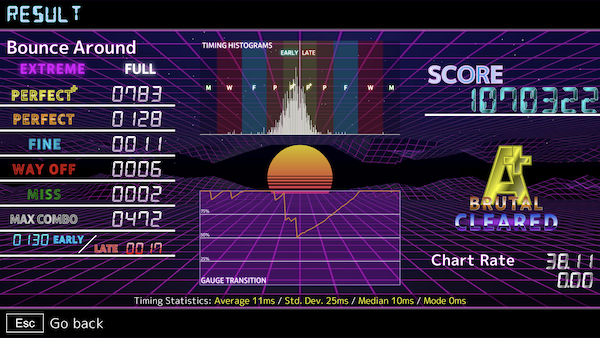 Challenge your friends with your Player Rate, which is calculated from your best scores! 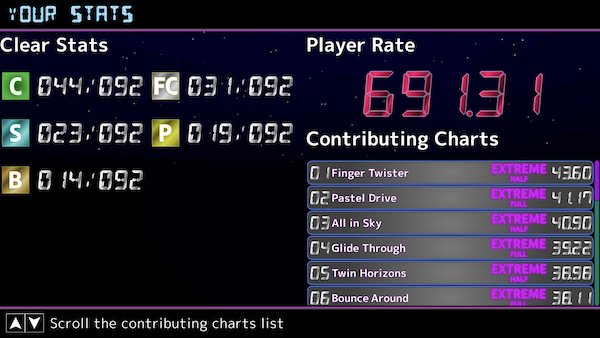 Whoops, you're out of Creds? How about the Risky Play Options where you bet some of your Creds and play under the risk of getting your gameplay cut short?
Fail and lose the Creds, but complete the stage, and you'll get bigger rewards PLUS a special clear medal!