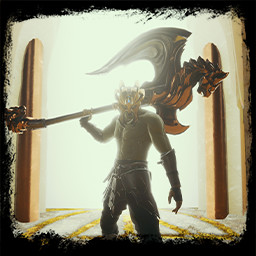 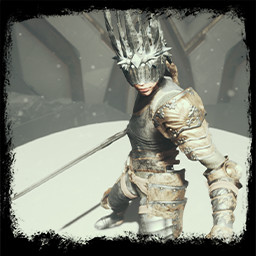 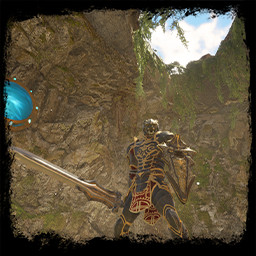 “Game development is hard and takes a lot of time and I'm a solo dev, and I'm trying to make Everlasting Guilt a very community-focused game. I want people to play it, break it, and give me their thoughts and recommendations on how to make the game better before I'm ready to call it complete. This is as much your game as it is mine.”

“To make sure it's finished with all that it needs to be a good game, maybe a year up to 2 years.”

“I'm planning to add more Bosses, monsters, weapons, abilities, a lot of polishing to the game mechanics, better soundtracks, achievements, and to improve the bosses that already exist in the early access version.”

“The game now is in Alpha state, it has 6 Bosses and 2 levels full of monsters to slaughter, and 3 weapons and 2 abilities to the player to aid them in their fights, I aim to increase these numbers, new bosses with unique mechanics to them. new weapons, abilities, and more.”

“The price will increase when the game leaves early access.”

“I always welcome community feedback, I have the discord server for the game here https://discord.gg/GmUvHBd9gm you can join to get the new updates and discussion or you can subscribe to our newsletter letter here t.ly/5iZ9 You can follow us @GeekyMouseDev on Twitter or email us anything you want at geekymousegames@gmail.com.”
Read more

Everlasting Guilt is a dungeon punk-themed game that takes place in the near future, where you play as a genetically enhanced soldier who received intense training with other soldiers under a corporation. Their main task was to retrieve the seals, that for centuries kept the peace among the humans and other mythical creatures after they’ve been broken and lost. 100 seals are required to restore the balance that they once had. the journey is packed with action and the adventure is full of threats and dangers. however, all but a small price to save one’s daughter.

The game revolves around boss fights, each with a unique approach, each has its own mechanics and favored weapons to use against you, The player has access to an arsenal of different weapons as well as a set of unique abilities that will aid the player through their journey.

We hate repetitive, therefore, every single boss we added has a unique approach to them that will force players to engage in different playstyles to overcome their adversaries. Each boss will have a unique environment that’s related to the lore behind them as well as their abilities.Players can take advantage of the surroundings during the fight, it can aid the players during the fight, or harm them.

Players are able to shoot projectiles that dish out higher damage to help them in their fights.

You can parry melee attacks and projectile attacks

Parrying will make you able to use your Ultimate Attack

The game has deep lore to it, the time-line where the game takes place is based on deep past events that lead to that point. The environment plays a big role in storytelling, it also gets affected by the gameplay and the way you progress through the story.

Once, humans and other kins lived in harmony and peace until one day the spark of war has flamed. the world went into chaos, total carnage. Eons later, our ancestors knew what had to be done, a peace treaty it was, with 100 seals to separate all blood from each, to never start a war ever again. One day, all the seals have gone broken and lost. and the world is on the verge of a new war, all are pointing fingers at each other for what has happened to those seals. A mercenary corporation has developed a new bio-energy force to genetically enhance their troops. A fine set of super soldiers are trained to retrieve the lost seals before it’s too late, but such a task cannot be assigned but to the very few elites since the top-class soldier training is extremely costly as well as time-consuming. A 5 S-Class soldier is tasked with retrieving all 100 seals, 20 each, you get to play as one of them to retrieve the only hope left to keep this world intact. As you progress through the course of the game, you get to unravel the history of the character you're playing. Many mysteries and secrets waiting to unfold.