Defend against a swarm of enemies by placing random guardians on a battlefield. You can present various strategies and tactics based on the combination of guardians you are using as each guardian has a unique skill. Defeat your opponent and claim victory with your personal set of guardians!
Recent Reviews:
Very Positive (23) - 91% of the 23 user reviews in the last 30 days are positive.
All Reviews:
Mostly Positive (222) - 77% of the 222 user reviews for this game are positive.
Release Date:
Developer:
PixelCruise
Publisher:
LINE Games Corporation
Popular user-defined tags for this product:
Strategy Collectathon Tower Defense Action PvP RTS 3D Deckbuilding Free to Play Colorful Casual Early Access Magic Multiplayer Online Co-Op
+ 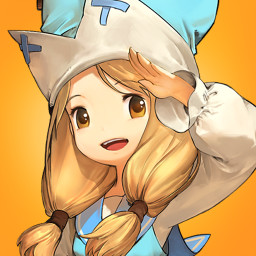 Guardian Chronicle is a new type of real-time defense game. For a game like this, we believe that your active participation and meta analysis from the start will make the game better. We also believe that early access period will give us some time to establish a balanced meta, within which you can enjoy Guardian Chronicle better.”

“Our goal is to officially release Guardian Chronicle during early 2021 once a balanced meta has been established and certain elements have been updated.”

“- We will use our discord channel to collect your feedback on Guardian Chronicle.
- We will improve overall balance, UX/UI, and game modes based on your feedback.

In Guardian Chronicle, you will be defending against a swarm of enemies by placing random guardians on a battlefield.
You can present various strategies and tactics based on the combination of guardians you are using as each guardian has a unique skill.
Defeat your opponent and claim victory with your personal set of guardians!

■ Real-time Defence
You can defeat enemies real-time through competing or co-operating with another player.
Defeat more enemies through placing your guardians in the preferred locations and challenge the best by building a stronger deck with the rewards obtained from your victories.

■ Competitive Mode
In a 1v1 competitive mode, you will be competing with another player to determine who survives against continuous waves of monsters. You can defeat the monsters in your battlefield and send them back to the opponent’s battlefield.
You can advance to higher tiers and obtain more rewards to upgrade your deck.

■ Co-op Mode
You and another player will be co-operating and facing waves of enemies during a co-op mode.
Break your highest co-op record by defeating more monsters and surviving longer with your partner.

■ Your Personal Deck and Strategies
In Guardian Chronicle, your personal deck will be composed of five different guardians and one master.
You can create your own strategies and tactics with a master, as a master can turn the tide of the battle with its powerful ability.