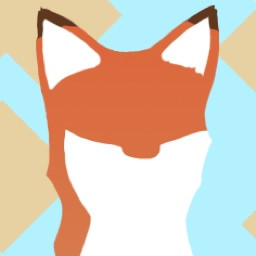 “By putting Foxen Island in Early Access it means people get to play it much sooner than if waited until we had a complete finished game, which means we get feedback from the people who count the most, you players!

It's going to sound glib, but a games reason for being is to be played, we want you to be playing Foxen rather than just reading about it :)”

“We're looking for a winter 2021 release, that's the ideal.
With the world as it is right now, plus being a sole developer who has to take freelance jobs in the meantime to pay the bills, that may slip, but that will be communicated as soon as it's possible to do so.
Because of the way the game is split up over 4 seasons there shouldn't be a huge wait between each new content drop.”

“The island is going to be split into four distinct zones / levels, based on seasons.
Currently we have Summer virtually content complete.

Fall, Winter and Spring will all have unique puzzles and collectables along with more story as we uncover the secrets of the island.
Also we're looking at adding features common to all levels which aren't currently in the game, such as chasing other woodland animals in mini-races, stats so you can see how many days you've been exploring and so on.”

“Currently we have a "Vertical slice", that's an almost complete level.
It's playable in it's current state, it has all the hidden items, the puzzle and collectables we expect to launch with for level 1 (Not counting the additional items mentioned above)”

“The early access price will always reflect that it's in an alpha state, there may be a gradual increase as we add more content towards a full launch.”

“We want to hear from your guys both here and via Twitter. As the game expands and grows we'll look to add additional ways of chatting directly to you.”

A game of discovery where you will uncover the mysteries of Foxen island as you guide Foxen through four different seasons.
Solve puzzles, find hidden treasure, unlock the clues left by long-lost visitors to the island, all while taking in the beautiful environments at your own pace in this short game of exploration.

Please note: The game is currently not compatible with M1 Macs. We're trying everything we can to fix that as soon as possible.