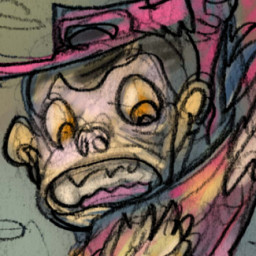 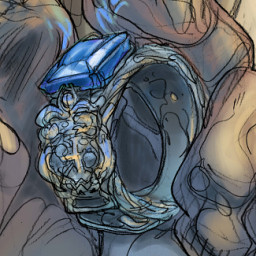 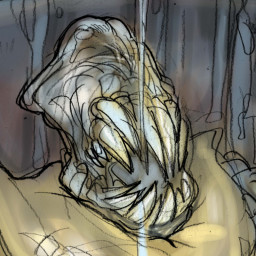 A diplomatic mission...with a lethal twist!

YOU are a hunter; a man or woman of wealth and leisure who has turned their time to hunting the fiendish monsters that assail humanity. You have been selected to accompany an ambassador to the city of Roche Divine in the Sunlight Alliance. While he pursues trade deals in the high court, your job is to hunt down a Broadsheet Killer who is wreaking havoc in the Low City.

A choose your own adventure novel in which your choices and actions can lead you to glorious victory...or ignoble defeat. Explore an original story with three challenging game difficulties, unlock hidden lore to better understand the world you enter, and enjoy the artwork you discover in the gallery.

This independently produced novel features a dark soundtrack (with optional atmospherics) by Cryo Chamber, as well as over 40 unique page images to unlock.
The text of the game has also been recorded by a professional musician and story-teller, making it into an interactive audiobook. Featuring an improved interface layout, and introducing the new Heirloom system to help you make it through your most challenging adventure to date, Red Ripper is an old-fashioned, spine-chilling steampunk tale you can enjoy time and time again.

The Hunter's Journals - Red Ripper contains frequent references to violence throughout the content in the form of descriptive text. The page images avoid directly referencing topics and content that would disturb younger players but cannot be considered suitable for viewers of all ages, even if they are presented without context in the gallery. The voice over directly follows the text on screen and so should be turned off when at work or in the presence of sensitive individuals.

Overall the game contains mature themes and is not suitable for children. However, all of this content is provided in the form of a dark fantasy novel with vivid descriptions of combat and it's effects on the human (and inhuman) body. There are no cutscenes or animated violence, and the images have been selected and edited to keep them from being too extreme. The game should be suitable for anyone who enjoys horror novels and Lovecraftian fiction.