“We have little expirience in developing `escape the room` game type. We need to balance puzzles, find some new mechanics and enchance VR expirience. We are not sure that we are heading in the right way and we don't have enough testers. So we want to get some reviews and make a cool game together with you.”

“We plan to gradually raise the price as we complete new stages.”

“Players’ feedback is the cornerstone of game improvement. All posts, wishes and reviews will be analyzed and evaluated.
Please send us your feedback, ideas, and bugs to thearcanetowergame@gmail.com and join our Discord channel (https://discord.gg/szyuj79) Please attach anything that can help us to understand the submission. We look forward to hearing from you.”

The Arcane Tower is a VR game in steampunk setting where you need to solve various puzzles to find a way out.

We are participating in Steam Game Festival! A demo for The Arcane Tower will be available for PC from June 16 to 22! Try it out! 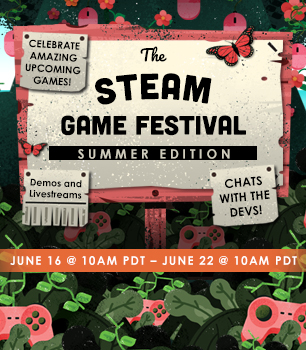 You are a cave explorer who is stuck in a cave after a rock collapses. Looking around you find a handcar. Rails head you to the mysterious tower. Solve all the puzzles this tower hides. Move, look, interact, examine puzzles that was made specially for VR. Play solo or with friends. Discover all the secrets left by the Alchemistry Master.

Play solo. Play with friends online. Or in VR shared space, in one room (required free space 5mx5m and required a local network between computers that helmets are connected to).
*VR shared space gives you an opportunity to interact with other players in real life and in Virtual Space.